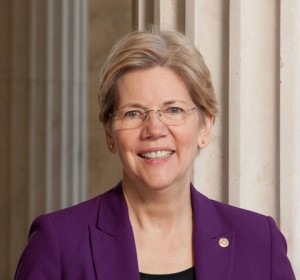 SHE’S WITH HER. Oprah endorses Hillary Clinton: “Regardless of your politics, it’s a seminal moment for women. What this says is, there is no ceiling, that ceiling just went boom! It says anything is possible when you can be leader of the free world.”

BROADWAY. Hamilton will be filmed, and a documentary on the musical is coming this fall.

RED PLANET. Mars rover poses for selfies: “The 1-ton robot’s latest self-portraits were snapped May 11 in the foothills of the 3.4-mile-high (5.5 kilometers) Mount Sharp, at a site dubbed Okoruso. Curiosity had stopped there to drill into the mudstone bedrock and collect samples for analysis, NASA officials said.”

RIP. Gay adult film actor Emanuelk Rosado was among the victims of the Orlando massacre.

TRUMP. The big dark truth about The Donald: “Trump doesn’t like criticism, even if it’s constructive. He doesn’t abide disagreement, even if it’s offered in good faith. And he doesn’t like accurate accounts of his words, policies, business, or self that contradict the shameless, self-aggrandizing lies he tells about all of the above.”

TECH. iPhone 7 may not get dual lens camera: “Apple has allegedly decided to scrap plans to include a dual-lens camera sensor on the back of the iPhone 7 Plus, according to the latest rumor from China that claims the tech isn’t quite ready. The Apple rumor mill has been spitting out reports all year that the biggest feature of the Plus-size iPhone will be the addition of a dual-lens camera that brings stellar low-light performance and other tricks to take iPhone photos one step closer to DSLR quality.”

Previous Post: « 5 Positive Things to Remember After Orlando
Next Post: Active Duty Marines Under Investigation for Threat Against Gay Bars »