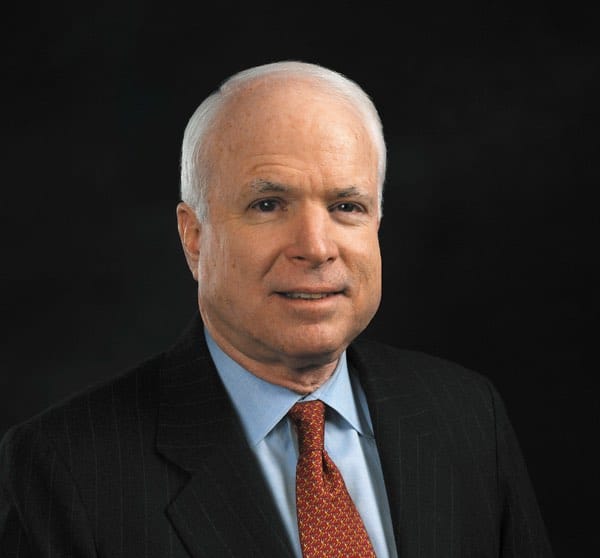 Senator John McCain on Thursday blamed President Obama for the Orlando massacre, saying he is “directly responsible” for the worst terror attack on U.S. soil since 9/11.

McCain, who lost to Obama in the 2008 election, made his remarks to press on Capitol Hill. McCain was responding to questions about Democrats’ filibuster on gun control, a move prompted by the deadly mass shooting at the gay nightclub, Pulse, on Sonday.

“Barack Obama is directly responsible for it, because when he pulled everybody out of Iraq, al-Qaeda went to Syria, became ISIS, and ISIS is what it is today thanks to Barack Obama’s failures,” McCain said.

When pressed by a reporter on the claim that Obama was “directly” responsible, McCain reiterated his point — that Obama should not have withdrawn combat troops from Iraq.

“He pulled everybody out of Iraq, and I predicted at the time that ISIS would go unchecked, and there would be attacks on the United States of America,” he said. “It’s a matter of record, so he is directly responsible.”

Sensing a backlash, McCain then tweeted a clarification, saying, ” I was referring to Pres Obama’s national security decisions that have led to rise of #ISIL, not to the President himself.”

To clarify, I was referring to Pres Obama’s national security decisions that have led to rise of #ISIL, not to the President himself

I misspoke. I did not mean to imply that the President was personally responsible – my full stmt: https://t.co/IhDSefwIzM