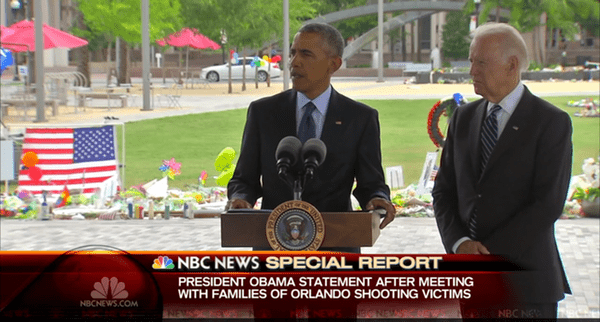 President Obama on Thursday travelled to Orlando, Florida on Thursday to meet with survivors and families of victims of Sunday’s massacre at gay nightclub Pulse.

Obama, along with Vice President Joe Biden, were greeted by Florida Gov. Rick Scott and Orlando Mayor Buddy Dyer, who presented the president with a T-shirt featuring a rainbow heart and the hashtag #OrlandoUnited.

The White House said the afternoon visit will be private with the families, and Obama will “stand in solidarity with the Orlando community.”

Obama is set to make an address before traveling back to Washington, DC.

UPDATE. Watch the president speak in Orlando, below.