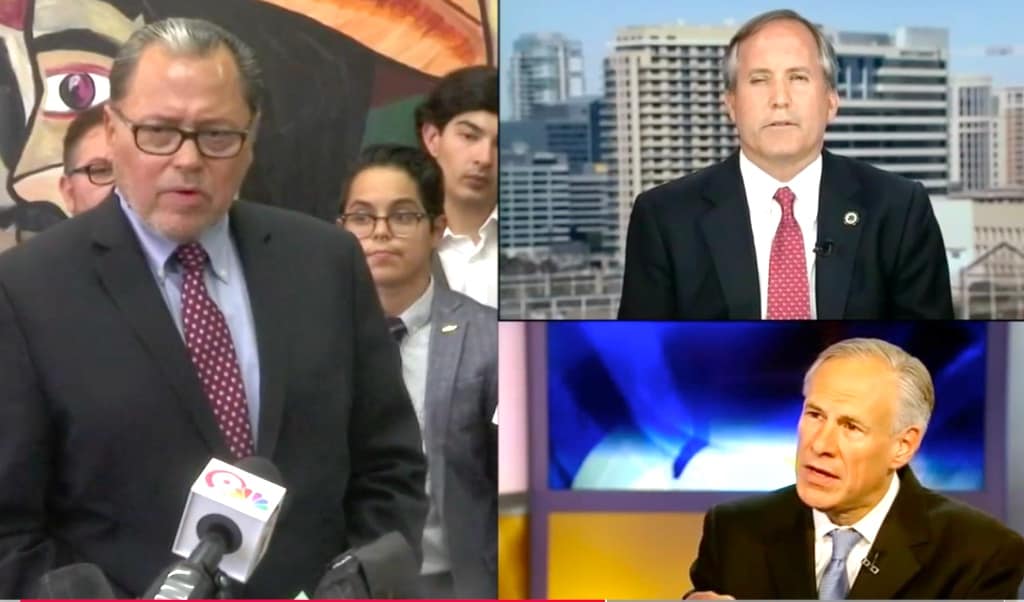 Republican state leaders in Texas have been leading the charge against transgender rights in recent weeks, suing the federal government on behalf of numerous states and vowing to pass a “bathroom bill” similar to North Carolina’s.

Now, Democratic lawmakers in the Lone Star State are finally starting to fight back. El Paso state Sen. Jose Rodriguez (above, left) is pledging to oppose anti-trans legislation and has announced plans to again file a bill in 2017 that would ban anti-LGBT discrimination statewide in employment, housing and public accommodations.

Speaking at the kickoff for an Equality Texas campaign on Friday in the Sun City, Rodriguez blamed himself and other Democratic lawmakers for not making the issue of anti-trans discrimination a priority sooner, according to KFOX.com.

“The state leadership are on these quests for some misdirected legislation. That’s their decision, but it is our job and it’s going to be my job as a state senator representing my community to fight as vigorously as I can against those discriminatory measures,” Rodriguez said. “We need to fight against any measure that discriminates against any segment of our population.”

Also speaking at the press conference was 23-year-old Adriano Kristian Perez, a  trans man who’s been rejected by his immigrant family, The El Paso Times reports.

“For a long time, I did not tell anyone. I kept quiet, maybe because I wanted to fulfill my family’s perfect American dream,” Perez said. “If there’s a single thing you need to know about me to put my life into context, it’s that I never felt like I belonged anywhere. For most of my life I didn’t really have a choice to decide who I was. It was decided for me.”

Watch KFOX’s report, as well as raw video from the press conference, below.

Previous Post: « Muhammad Ali, Heavyweight Champ Known as ‘The Greatest’, Dead at 74
Next Post: Bill Maher: Anonymous Gay Sex at Yosemite National Park is About to Get Corporatized – WATCH »