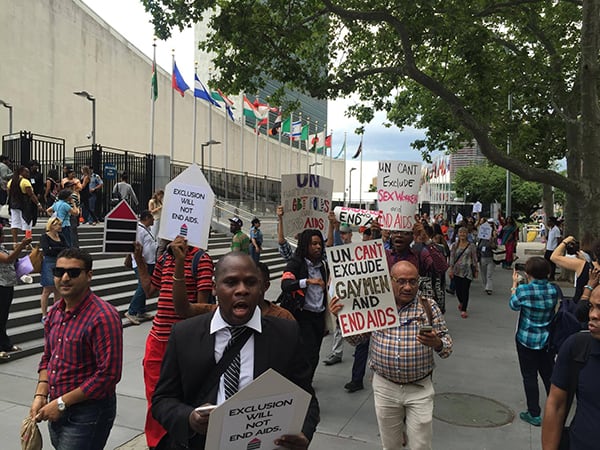 LGBT groups barred from a United Nations conference devoted to ending the AIDS epidemic by 2030 held their own event on Wednesday, outside UN headquarters.

In April, a letter from Egypt on behalf of 51 countries in the Organization of Islamic Cooperation requested the United Nations to block 11 LGBT groups from attending the three-day conference.

Today, 200 activists from the excluded groups attended the parallel event and called it “The Impact of Civil Society Exclusion on Ending the AIDS Epidemic by 2030” forum. They protested against countries that have caved to “right-­wingers like Russia, Iran and the Gulf States [by] remaining silent.” 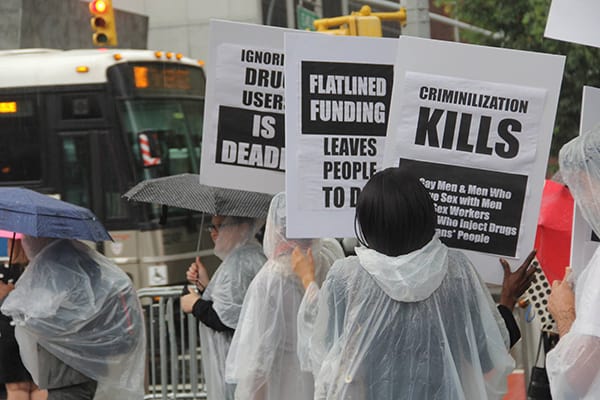 Nearly two dozen civil society organizations from five continents that provide services for LGBT communities, intravenous drug users and others have been denied access to the three-day General Assembly meeting starting Wednesday at the request of Russia, Cameroon, Tanzania and 51 Muslim countries…

…In a letter to assembly President Mogens Lykketoft last month responding to the blacklisting of 11 organizations, U.S. Ambassador Samantha Power said the groups appeared to have been chosen for their involvement with gay and transgender issues.

The letter asked that all groups that requested participation be allowed to attend and noted that transgender people are 49 times more likely to be living with HIV than the general population. Their exclusion from the meeting, she said, would only slow progress in combatting HIV/AIDS.

But the assembly’s decision was not reversed. 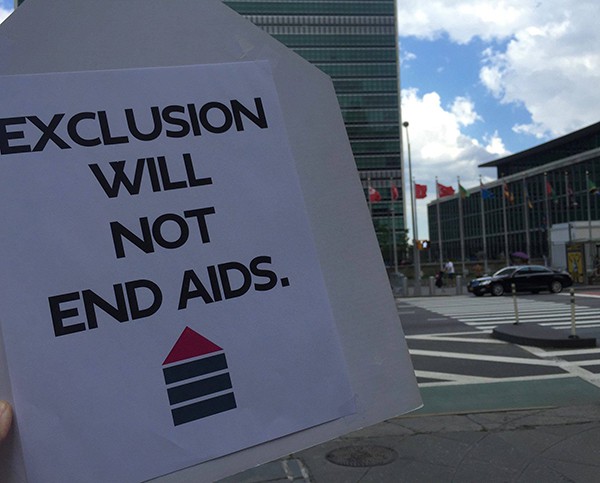 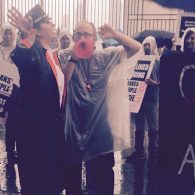 Amirah Sequeira, from the Health Global Access Project, a New York-based advocacy group expressed her anger and frustration on a Facebook post:  “22 NGOs serving key populations most at risk of HIV (sex workers, people who inject drugs, transgender people, prisoners, gay men and other men who have sex with men) were denied accreditation to attend. Civil society advocates argue that the latest version of the HLM Political Declaration falls significantly short by not including critical language on respecting, protecting and fulfilling the human rights of men who have sex with men, people who use drugs, sex workers, and transgender people; and to ending marginalization and criminalization of these groups.”

She posted a dramatic video of the protest: