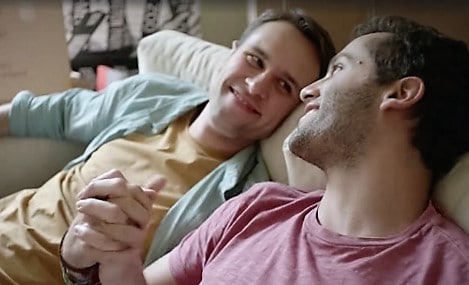 Colgate has aired the first ad in Mexico to feature a gay couple.

The #SmileWithPride campaign comes just weeks before Pride celebrations in Mexico are due to start.

“In the spot, a grandfather and his grandson decide to help their new neighbors, a gay couple, to move a chair [into their new home]. ‘Sometimes you just need a smile,’ says the commercial, while showing the two new neighbors hold hands and stand in their new home.”

@Colgate Awesome to see a commercial that just wants my husband and I to be happy @DavidJBaumann #SmileWithPride pic.twitter.com/w4QsZo2guA