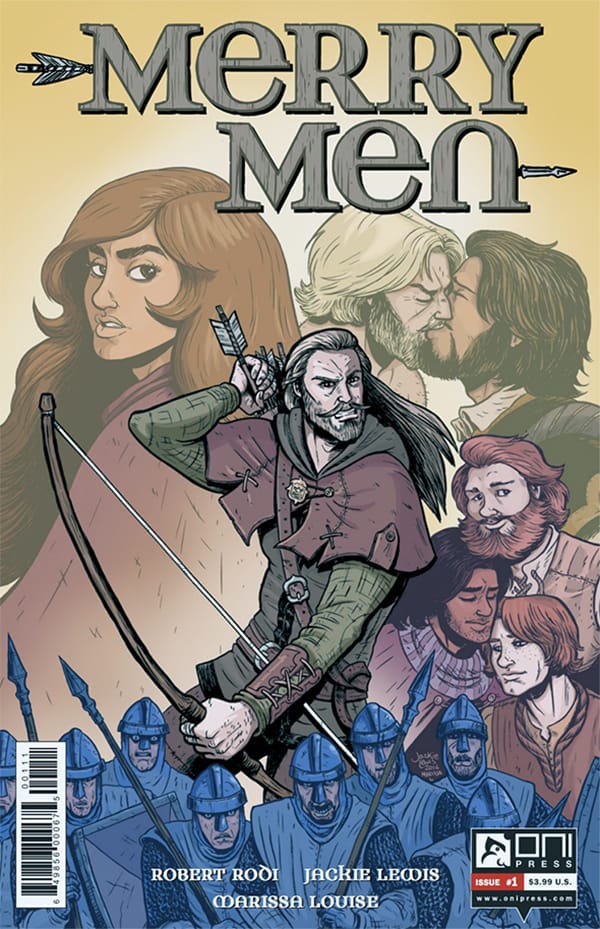 In a new comic book series by Oni Press, the legendary swordsman known for his good looks and for robbing from the rich to give to the poor, as well as his Merry Men friends are a bunch of burly gay guys in the woods. That’s according to a new interpretation of the English folklore by openly gay writer Robert Rodi, and with art by Jackie Lewis. 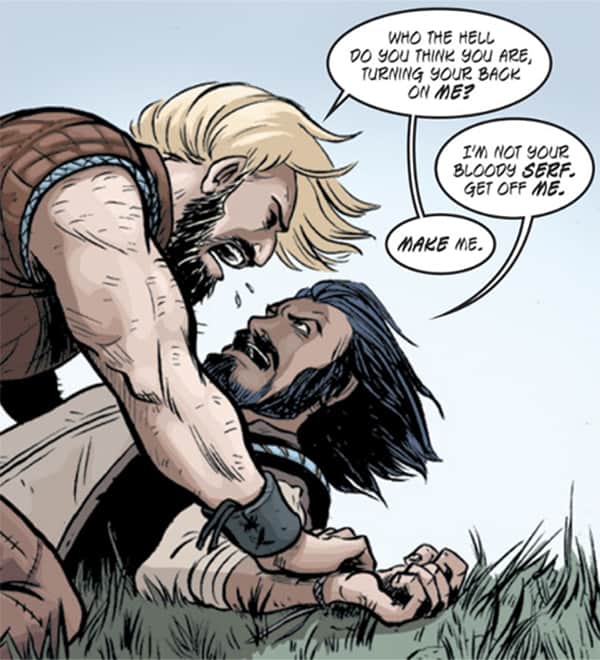 In Rodi’s version of the story, Robin Hood is an outlaw because he’s gay.  Newsarama, a website dedicated to the comic book industry explains:

Set in the 12th century, Merry Men centers on Robert Godwin – a.k.a. Robin Hood – who is discovered to be romantically involved with King Ricard, and quickly banished by Prince John as part of a new law criminalizing homosexuality. Godwin and his friends come to live in Sherwood Forest and are comfortable with their lives in hiding until a mysterious stranger comes asking for help against the Sheriff of Nottingham. 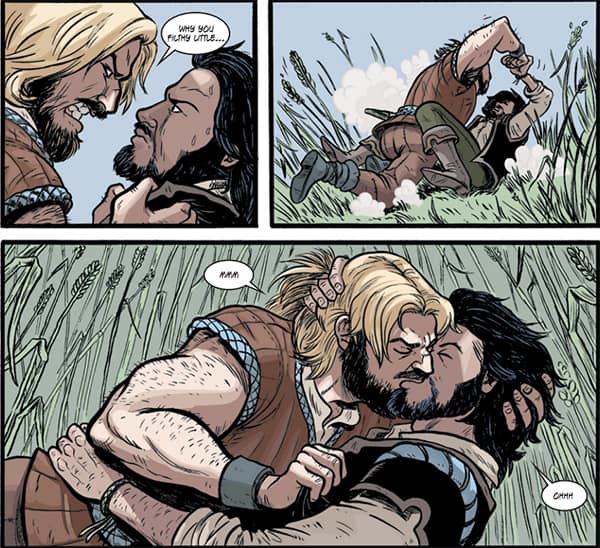 Rodi got the idea when, a few years back, he came across the is-he-is-he-not discussion about Robin Hood’s sexuality on the internet. He looked into it and found academic studies on the subject, as he explained to Panels, another website dedicated to the industry:

There was some discussion, based on a few papers by a few academics, that possibly the origins of the Robin Hood story were rooted in sexual outlawry — that the historical figures who inspired the legend of Robin and his merry men, were people who were ejected from society and forced to live in nature because of their homosexual practices.

He explained his process to IGN:

I did quite a bit of reading and research—a lot of which is reflected in the “Queer History of England” text feature that’s included in each issue of Merry Men. The simple fact is, there’s not a lot of original source material, for two reasons: first, in the medieval period, same-sex activity was seen as a behavior, not an expression of identity. In other words, there were—in modern terms—gay acts, but not gay people. (“Homosexual” is a much later term.) That was the official view, anyway; my personal feeling is that the people engaged in that behavior probably felt very differently. That’s how I’m treating them in Merry Men; though even there, some of the cast are exclusively gay, and some are less so.