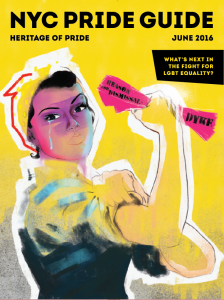 CALIFORNIA PRIMARY. Lieutenant Governor Gavin Newsom reveals why he’s supporting Hillary Clinton and it stems back to his 2004 decision to allow same-sex couples in San Francisco to marry.

ANCIENT EGYPT. Was King Tut buried with a dagger made from a meteorite? “Researchers who analyzed metal composition of dagger within wrapping of mummified teenage king say it ‘strongly suggests an extraterrestrial origin’” 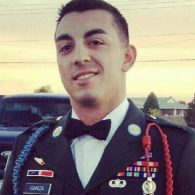 TEXAS. Gunman who went on shooting rampage on Sunday morning in Houston railed against homosexuals and Jews before being killed by police: “Dionisio Garza III, 25, also recently expressed anti-Muslim sentiments on Twitter, and repeatedly criticized House Speaker Paul Ryan and the GOP establishment. Garza, a decorated Army sergeant who served two tours in Afghanistan, suffered from post-traumatic stress disorder and was going through “a mental health crisis,” according to media reports. Garza fired 212 rounds in a middle-class west Houston neighborhood, injuring two law enforcement officers and setting a gas station on fire, before being killed by a SWAT team member.”

SWITZERLAND. Country opens the world’s longest and deepest rail tunnel (35-miles to be exact) which paves the way for high speed rail under the Alps: “The new route should cut an hour off the four-hour trip between the economic hubs of Zurich and Milan.”

MUSIC. James Blunt explains how he owes his career to Linda Perry: “I was asked if i could change my speaking voice and my accent and I struggled to get signed in the UK because of that accent. I moved to America and a woman who is gay herself and had seen much harder prejudice didn’t give stuff about a speaking voice. She heard music instead and said, ‘Come on.’She put her arms around me, signed me and has given me a chance.”

“SO-CALLED RELIGIOUS FREEDOM.” DNC slams anti-LGBT laws in Pride month proclamation: “In some states, conservative lawmakers continue to push for so-called religious freedom laws and bathroom bills that threaten to legalize discrimination against members of the LGBT community. Religious freedom is important, but it’s already protected under the law, and the vagueness of these new laws means they’re ripe for abuse. We must remain vigilant, and Democrats will continue to stand against discriminatory laws wherever they appear.”

TRANSPARENT. Jeffrey Tambor talks about the responsibility that comes with playing his character on the award-winning Amazon show.