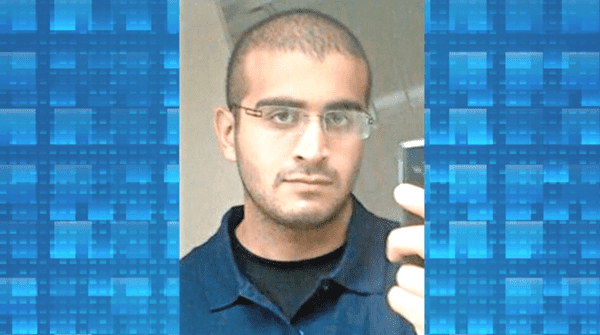 Reports have surfaced suggesting that Omar Mateen, the shooter responsible for the death of at least 49 people at gay nightclub Pulse in Orlando, Florida, was a regular at that club and also messaged guys on a gay dating app.

RELATED: Get Out. Keep Running. — Susie Bright on Orlando

According to The Orlando Sentinel, Mateen visited the gay nightclub at least 12 times, a fact corroborated by 4 witnesses.

Reports of Mateen’s visits to Pulse were also reported in the Canadian Press, as Gawker points out:

“It’s the same guy,” Chris Callen, who performs under the name Kristina McLaughlin, told the Canadian Press. “He’s been going to this bar for at least three years.”

“(He’d get) really, really drunk… He couldn’t drink when he was at home—around his wife, or family. His father was really strict… He used to bitch about it,” Smith told the Canadian Press.

“Sometimes he would go over in the corner and sit and drink by himself, and other times he would get so drunk he was loud and belligerent,” Smith also explained to the Orlando Sentinel, which spoke with at least four clubgoers who remembered seeing Mateen at Pulse at least a dozen times. “We didn’t really talk to him a lot, but I remember him saying things about his dad at times… He told us he had a wife and child.”

Both Callen and Smith, who are married, tell the Canadian Press they stopped speaking to Mateen after he threatened them with a knife, apparently after someone made a joke about religion.

Callen and Smith are married and told the Canadian Press Mateen threatened them with a knife. The incident occurred after someone allegedly made a joke about religion to Mateen. Callen recalled, “[Mateen] said if he ever messed with him again, you know how it’ll turn out.”

Chris Hayes will be interviewing one of the men who reportedly knew Mateen after meeting him on a gay dating app. That individual says he was a regular at Pulse.

The man I spoke with today also said the shooter has messaged him on a gay dating app. His friend as well. We'll run the interview tonight.

I talked to regular today who said the same. And that his friends recognized him as well. https://t.co/HOCEq1q4C9

“When he first contacted me, he was saying things like, ‘What clubs are popping and things of that sort, what are good places to go?'” West said. “And I remember telling him, ‘Oh, you can just look it up online because I don’t go out that much.”

West said he didn’t think anything of it at the time. On Sunday morning, he said he met with FBI agents and showed them his communications with Mateen.

Chris Hayes shared that news on Twitter, as well.

"…he was saying things like, 'What clubs are popping & things of that sort,what are good places to go?'"West said. https://t.co/pVElj26luZ

West was dropping off a friend at the club when he noticed Mateen – whom he knew by sight but not by name – crossing the street wearing a dark cap and carrying a black cellphone about 1 a.m., an hour before the shooting.

As soon as West saw photos released of Mateen after the shooting, he said, he drove to his local police station, where officers summoned FBI officials, who showed him a photo of Mateen on a computer screen.

“I said, ‘That’s him,’” West said, and turned over his phone and Jack’d log-in information to the FBI, which still had the phone late Monday, he said.