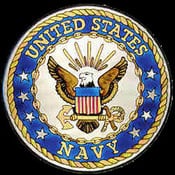 The U.S. Navy Secretary is urging sailors and marines discharged under the military’s “Don’t Ask, Don’t Tell” to formally appeal those decisions and have their records changed, the Navy Times reports:

“If you were discharged under ‘Don’t ask, don’t tell,’ come in,” Navy Secretary Ray Mabus said in a June 8 speech at a Pentagon event for Lesbian, Gay, Bisexual and Transgender Pride Month. “The Board of Corrections for Naval Records will take a look at changing that discharge characterization … If you have colleagues that were discharged under that, ask them to come in — if it’s under the regulations, get that discharge characterization changed.”

Since opening the service to gays and lesbians in 2011, the Navy has granted 123 discharge upgrades out of 413 requests, according to Defense Department data.

That includes relief from both BCNR and the Navy Discharge Review Board — 107 and 183 requests granted, respectively. That’s out of more than 4,300 sailors and 1,300 Marines who were kicked out during DADT, from 1993 to 2011, according to Navy Department statistics.