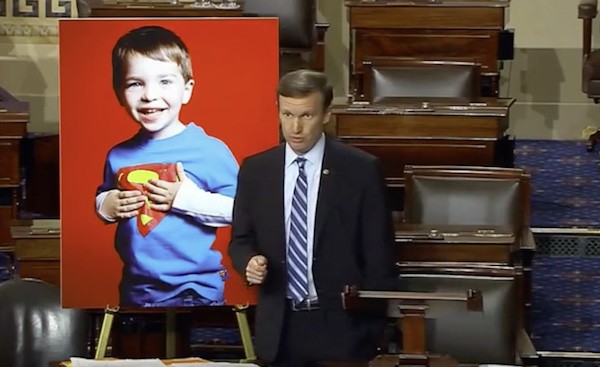 A 15-hour filibuster launched by Senator Chris Murphy ended early Thursday after Senate Republicans agreed to allow votes on two gun measures in the wake of the tragic Orlando shooting over the weekend which took the lives of 49 people.

Though senators had yet to formally strike a deal, the Senate was likely to vote on two Democratic-backed gun measures: a proposal from Sen. Dianne Feinstein (D-Calif.) meant to bar those on federal terror watch lists from obtaining firearms, and a plan from Murphy and Sens. Cory Booker (D-N.J.) and Chuck Schumer (D-N.Y.) mandating background checks for sales at gun shows and over the internet. Republicans are expected to put forward two of their own proposals for votes.

I am proud to announce that after 14+ hours on the floor, we will have a vote on closing the terror gap & universal background checks

Murphy planned to speak with CBS This Morning about the filibuster.

15 hrs on the floor. 2 hrs of sleep. And I'm back on my (tired) feet, ready to keep pressing Congress to end its silence on gun violence.

As Murphy wrapped up the filibuster in the early hours of Thursday, he told the story of Sandy Hook student Dylan Hockley and his teacher Anne Marie Murphy, who died trying to protect him.

“It doesn’t take courage to stand here on the floor of the U.S. Senate… It takes courage to look into the eye of a shooter and instead of running wrapping your arms around a 6-year-old boy and accepting death,” Murphy said. “If Ann-Marie Murphy could do that then ask yourself — what can you do to make sure that Orlando or Sandy Hook never, ever happens again.”

Here’s how it ended:

The Senate is expected to resume at 10 am.