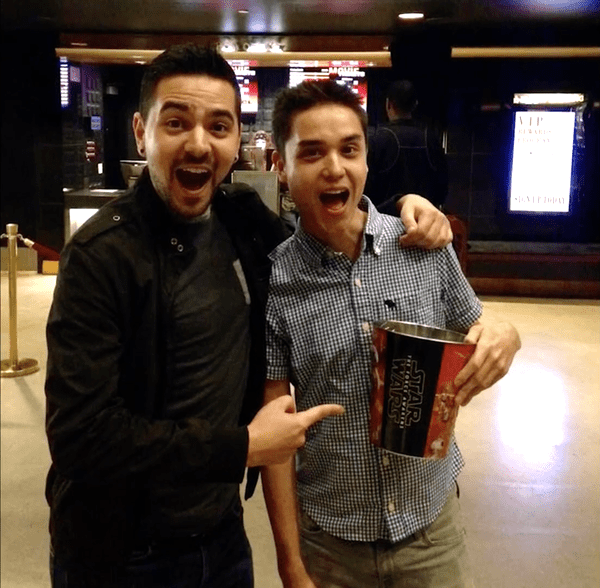 A Star Wars superfan whose best friend was murdered in the Orlando massacre is petitioning the powers that be behind the sci-fi films to dedicate an LGBT character in memory of his friend and all who lost their lives at Pulse. That character would be the first openly LGBT character in the Star Wars universe.

As we previously reports, Drew Leinonen was gunned down at Pulse with his boyfriend Juan Ramon Guerrero. The couple, who friends and family said wanted to get married, were buried together after the tragedy.

Drew’s best friend Joshua Yehl (right) came up with the idea to petition Kathleen Kennedy, the President of Lucasfilm, and Bob Iger, CEO of The Walt Disney Company, to dedicate a character to Drew and LGBT people who have lost their lives to hate on his way back from Drew’s funeral.

Yehl says that both he and Leinonen were Star Wars superfans. He writes, “[Drew] and I bonded over many things, but nothing brought us together like Star Wars. To be honest, we were actually pretty unbearable to be around when we got to talking about that galaxy far, far away.”

Yehl adds that he will leave it up to the creative team as to how exactly to honor Leinonen’s memory, whether it’s “using his likeness, running his name through one of those Star Wars Name Generators” or something else.

Yehl also quotes Star Wars: The Force Awakens director JJ Abrams on the subject – “The fun of Star Wars is the glory of possibility. So it seems insanely narrow-minded and counterintuitive to say that there wouldn’t be a homosexual character in that world” – and suggests that as the franchise has made efforts to include female and African American characters, the introduction of an LGBT character would be a beneficial act.

“This is a universe with Wookies, Jawas, and Hutts, so why can’t there be a visible LGBT character on screen? … It’s vitally important that LGBT people are included in mainstream media because it will show that we don’t need to be feared or hated or hidden. We can be part of the rebellion and we can fight evil, and we can do it while being who we are with pride.”

Of the significance such a move would have, Yehl says, “Nothing would make [Drew] happier than for all the little gay nerds out there to have their own Star Wars character to look up to.”

Yehl encourages supporters to use the hashtag #PutDrewInStarWars to voice their support.

As of this posting, the petition has over 2,400 signatures.