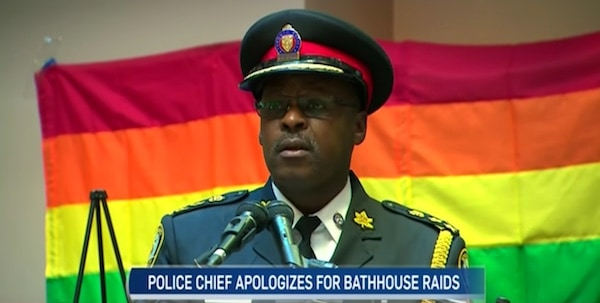 Police officers barged in on four Toronto bathhouses on Feb. 19, 1981 and rounded up the people inside. Nearly 300 people were arrested and charged.

Toronto resident Tony Fay said he was affected by the raids and the apology offered him closure. He said the apology also showed the importance of that particular moment in Toronto’s history and how police have changed their opinions of the gay community.

Fay said it’s been a “long time coming.” He said the effects of the arrest lingered for years.

He said in the raids, police “did everything they could to intimidate us. It was not a good scene.”

Track Two is a documentary about the 1981 Toronto raids.

Watch it in full: