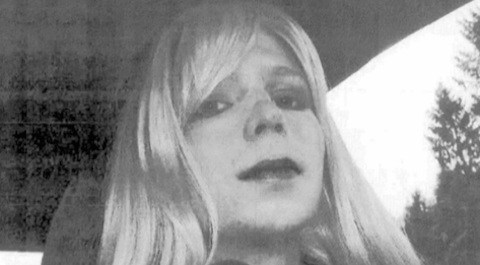 Chelsea Manning was reportedly hospitalized yesterday after attempting suicide while in prison. She is said to be recovering but has not been allowed to speak with her lawyers.

We’re told the incident occurred early Tuesday at Fort Leavenworth, Kansas prison. We do not know specifically what Manning did in her cell, but one source tells TMZ she tried to hang herself.

Prison officials tell TMZ although she has been released from the hospital she is being “monitored.”

U.S. Army spokesman Colonel Patrick Seiber confirmed to CNN that Manning was taken to the hospital “during the early hours of July 5th” before returning to the barracks. The spokesman said that officials “continue to monitor the inmate’s condition.”

A U.S. official told CNN’s Barbara Starr that Manning was hospitalized after what is believed to be a suicide attempt.

Chelsea Manning suspected of attempting suicide. Was taken to a hospital Tuesday from Fort Leavenworth, CNN.

[…] Nancy Hollander, lead attorney on Manning’s defense team, said the Army is refusing to verify the report given to the media.

“We’re shocked and outraged that an official at Leavenworth contacted the press with private confidential medical information about Chelsea Manning yet no one at the Army has given a shred of information to her legal team,” Hollander said in a statement shared with Army Times.

Hollander claims the Army also refused to connect a “privileged call” that she had scheduled with Manning at 2 p.m. local time on Tuesday sans explanation — at which point, according to the unverified Army report, she would have already been hospitalized.

Further, she says, the Army is refusing to let Manning speak to any of her lawyers before Friday morning.

Chelsea Manning, formerly known as Bradley Manning, sought gender reassignment surgery while being imprisoned for her role in the Wikileaks scandal. Her request to transition while in prison was finally granted last year.

Manning is currently appealing her 2013 conviction that sentenced her to 35 years in prison for leaking thousands of classified military documents.