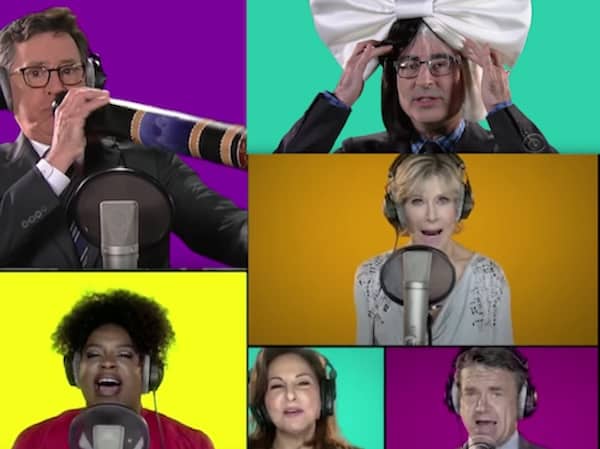 Twice this week, primetime audiences at the Democratic National Convention have been treated to the a capella cover of “Fight Song” put together by a celebrity group of Hillary Clinton supporters led by actress Elizabeth Banks.

Not to be outdone by the Democrats, Stephen Colbert upgraded the song with help from his friend John Oliver.