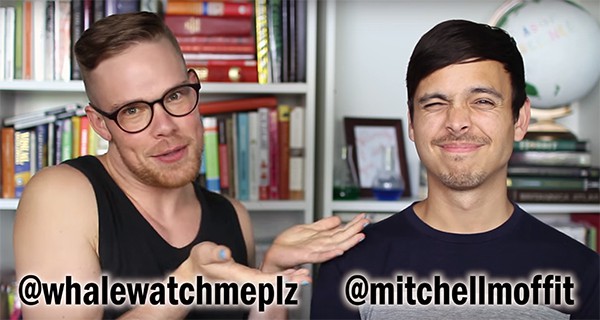 Do you like the sound of your own voice?

If you are like most people, chances are you are not a big fan. That’s according to YouTube superstars Mitchell Moffit and Gregory Brown.

In their latest video, the Canadian couple, creator of the wildly popular YouTube channel AsapSCIENCE, invited a few people over for some vocal tests to try to find out why we hate our voices.

“People tend to strongly dislike their recorded voices because it sounds different than the voice in their head,” explained Brown. And that happens because of how sound travels to your ears.

The duo went into more scientific details as to how the human brain receives and processes sound, and also said that a 2013 study suggested that “even though you think your recorded voice sounds terrible, it might be more attractive than you think.”

Check out the full video below: