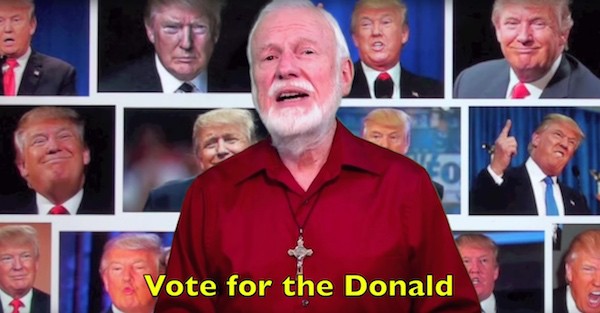 Longtime Towleroad readers may remember William Tapley (aka Third Eagle of the Apocalypse) from back in 2011 when he first splashed on to the YouTube scene with a video in which he pointed out the dirty man parts in all the art and architecture at the Denver International Airport.

He also composed a couple of campaign songs for Mitt Romney which you can listen to here and here if your ears are yearning for some pain.

The Third Eagle is laying a claim for it as the “unofficial” campaign song for the 2016 Trump-Pence Republican presidential ticket, and now that Donald is in a legal battle with the Freedom Kids Tapley might just have an in.