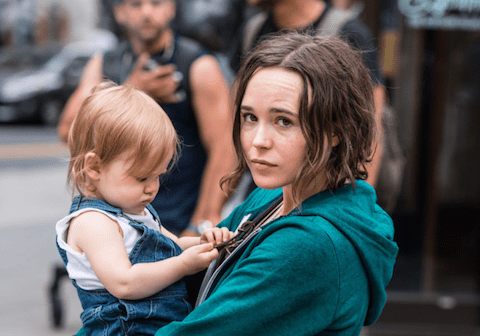 If comedy equals tragedy plus time, I guess enough time has passed for a reboot of zany sketch show MADtv. There’s certainly been enough tragedy. A whole new batch of fresh faces will tackle our turbulent times on The CW starting Tuesday at 9 p.m. Eastern. Like SNL’s sillier cousin, expect to see caricatures of political figures, pop culture icons and a few new characters. Original cast members like Nicole Sullivan, Will Sasso and Bobby Lee also make appearances over the course of the show’s short first season.

Ellen Page stars in Sundance fave Tallulah, dropping Friday on Netflix. As the titular Tallulah, Page steals a baby to weasel her way into the heart of Allison Janney, the mother of her ex-boyfriend. The indie film, written and directed by Orange Is the New Black writer Sian Heder, also stars Uzo Aduba, Zachary Quinto and Tammy Blanchard.

Get ready to double your recipe for the sweetest, loveliest reality show on television. There are two new episodes of The Great British Baking Show Friday at 9 p.m. and 10 p.m. Eastern on PBS. First, the remaining bakers will need to construct a tower of éclairs, then they’ll be baking Victorian treats fit for a queen.

Last night, John Oliver eviscerated the Republican National Convention with his signature sharp style. On Sunday at 11 p.m. Eastern, HBO’s Last Week Tonight will have plenty to say about the Hillary and the dems.