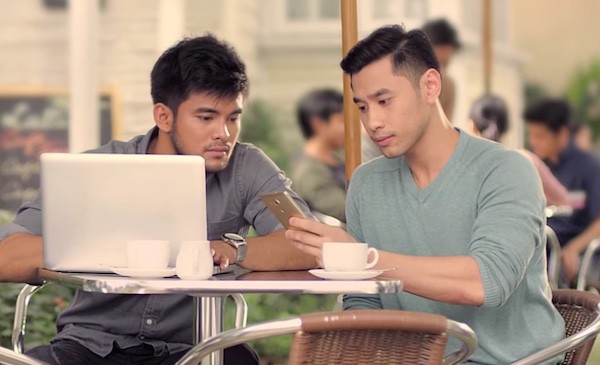 A new ad from Philippines telecom company Smart Communications uses the anxiety some gay people face when they’re ‘out’ on Facebook, yet not to their parents.

In the ad, a man struggles with the question of accepting his father’s Facebook friend request when he knows that if he does, his dad will see him in photos with his boyfriend and gay friends. Finally, after some internal debate, and some questioning from the father as to why he hasn’t yet accepted the request, he takes the plunge.

“Dad, I’ve accepted you,” he texts to his father.

And a few moments later receives the best reply ever.