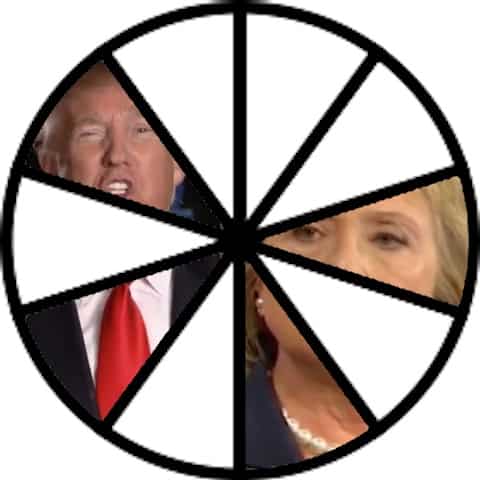 Last night, through portions of the opening night at the Democratic National Convention, a small group of Bernie Sanders supporters from the California delegation booed and heckled various speakers. This wasn’t a surprise. When a candidate promises his supporters rainbows and unicorns and doesn’t deliver, people get upset. Bernie and his “bros” wanted a revolution. They didn’t get it. They wanted to upend the “system.” They didn’t. They believe the election was stolen from them. It wasn’t. They’re upset, and they have that right.

But revolutions do not start by booing Elijah Cummings, Sarah Silverman, or the incomparable Michelle Obama. There is a better way. And it has everything to do with the election of 2020.

Let me be clear: It is absolutely essential — you know, for the survival of the human race — that we elect Hillary Clinton instead of Donald Trump in 2016. But the 2020 elections at the state level — governors and legislative chambers — will determine how the states allocate their congressional seats after the next census. In 2010, Republicans swept into power in states from Pennsylvania and North Carolina to Florida and Arizona. And they used their control over the state levers of power to gerrymander districts to protect their incumbents and dilute Democratic voters. In short, they all but assured that the House of Representatives would stay in Republican hands for a decade.

This is the first in a series of posts about voting rights, gerrymandering, and the impact of gerrymandering on the rights of LGBTQ Americans. If we really want to silence the Tea Party and squash the radical House Freedom Caucus, if we want a Congress that is representative and responsive, if we want to respect the principle of one-person-one-vote, if we want to stop diluting minority voter power, and if we want to see fewer anti-gay discriminatory laws like HB 2, we need to start focusing on more than just presidential elections. We need to end partisan gerrymandering.

Gerrymandering is the manipulation of voting district boundaries to achieve a particular outcome, i.e., favor one party over the other.

To see how it works in real life, consider this picture of a circle divided into 10 pieces. At the center of the circle is a big city, population 1000. Outside the city are 1100 voters. That’s a total of 2100 residents in this state. Fair representation would give city voters about 48% of the seats in a legislature. If the legislature has 50 seats, that 24 seats for urban voters and 26 seats for everyone else.

As most of us know, cities and urban centers tend to vote Democratic; rural areas tend to vote Republican. The suburbs are split. So, if you’re a Republican in the legislature of this state, and you have the power to gerrymander districts to maximize the chances that Republicans will win elections, you’re going to want to draw district boundaries to dilute the impact of urban voters. There are several ways to do that.

Dividing the city’s population into 10 even sections and lumping 100 urban voters with 110 rural voters in the rest of the triangle is called “cracking.” When the city is “cracked,” city voters may make up a total of 48% of the voting population, but could not win a single seat in the legislature. Cracking could turn a legislature that is pretty evenly divided into one that is overwhelmingly dominated by one party. This is what Republicans have tried to do (several times) in Texas.

“Packing” is a little different. Let’s say you don’t want to be as obvious about diluting urban (read: minority) votes. So, you throw urban voters a district of their own, “packing” as many urban votes into a single legislative district as possible. Then, you carve out the many remaining districts among all the non-urban voters. This strategy has the benefit of creating a safe “minority” seat, but it allows non-urban voters to dominate the legislature nonetheless. This is what the Republican legislature tried to do in Florida.

There are other strategies, but you get the idea. In 2010, gerrymandering of districts had a significant impact on the composition of the House of Representatives.

This imbalance is itself troubling. But gerrymandering has significant harmful effects, from devaluing minority voters and preventing urban centers from getting the money and services they need, to creating hyperpartisan political environments where only radicalism is rewarded. These effects, plus the steps we need to take to take back the House (and other legislatures) will be our next subjects.