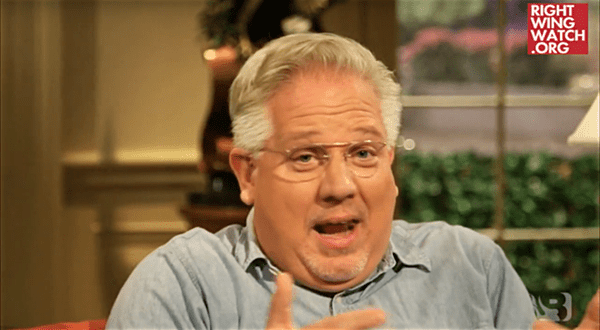 Glenn Beck recently found out that his bull (not a euphemism; he owns an actual bull) is gay and wants to fire him for failing to impregnate his herd of cows.

Beck told listeners of his radio show that he received a call from the folks who run his Idaho ranch to let him know that a bull from a neighboring property has “become very close” with his bull. The pair are apparently “enjoying each other’s company” on the regular.

Beck said that they had been forced to artificially inseminate many of the cows on his ranch because the bull that he owns has not been interested in mating with any of them and they couldn’t figure out why. It turns out that a bull from a neighboring property has been escaping its pen and making its way onto Beck’s property and the two bulls have now, as Beck put it, “become very close” and are regularly “enjoying each other’s company.”

“I don’t know if they’re going with the times or what,” Beck quoted the person who runs his ranch as saying. “In all my years of doing this, I have never seen this before, but yes, they’re [gay].”

Beck added, “Can I be sued if I have to get rid of this bull and fire him because he’s gay? Cuz he’s not doing his job?” His friend then chimed in, “You find love where it is.” To which Beck replied, “That’s right. Unfortunately, I need you to do the other job because I need to eat your children.”