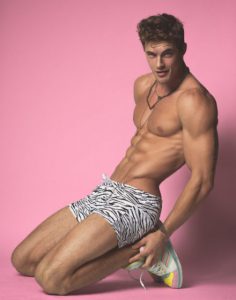 ELECTION DAY. Do your civic duty and get out to VOTE tomorrow! Find out your polling place HERE and what time polls close in your state HERE.

ZERO CHILL. Snakes are in the news a lot today and in exclusively terrifying ways. Here’s one dropping from an overhead compartment on a plane.

Frightening moment on an Aeromexico flight when a large snake fell from overhead mid-flight. https://t.co/e6bXLFv9A4 pic.twitter.com/OHgCdeQSUW 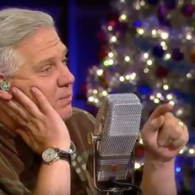 WAIT, WHAT? Glenn Beck actually making sense…: “…Beck — who once said that Obama has a ‘a deep-seated hatred for white people’ — says that the President has made him a better person. ‘I did a lot of freaking out about Barack Obama,’ the conservative pundit told the New Yorker in a recent interview. ‘Obama made me a better man.’ Beck said that he regrets calling Obama a racist and recognizes that it’s hard to relate to the experiences of African Americans. ‘There are things unique to the African-American experience that I cannot relate to,’ he told the New Yorker. ‘I had to listen to them.’ Beck praised Michelle Obama’s campaign speeches warning of the dangers of Donald Trump, specifically the first lady’s speech in New Hampshire blasting Trump over his vulgar comments on a now-notorious 2005 tape.”

‘MASSIVE ACT OF EGO.’ Former McCain campaign manager Steve Schmidt guts James Comey: “Schmidt liken[ed] the FBI to “some sort of secret police organization in a banana republi’” because agents had leaked information to Donald Trump’s presidential campaign. ‘It’s shameful,’ he insisted. ‘This is not how we do politics in America!'”