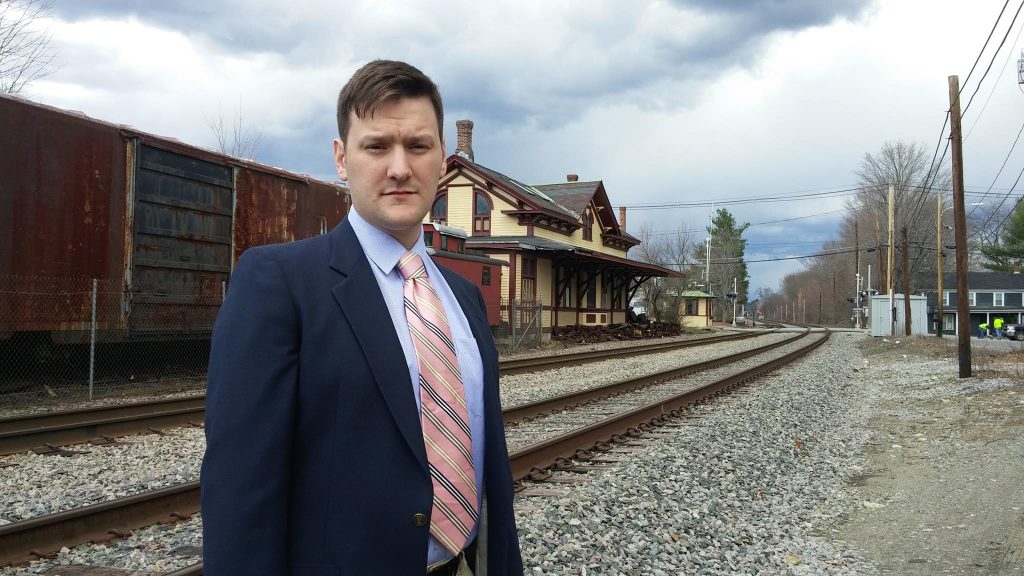 A Republican candidate for Massachusetts state senate is not apologizing for saying Donald Trump has been “putting self-righteous f*ggots in their place since 1993.”

Ted Busiek made the remark on Twitter in response to a tweet sent out by Chris Hayes showing testimony Trump gave in 1993 before Congress in which he complained that people who “don’t look Indian” shouldn’t be giving gaming licenses.

Busiek later insisted to State House News Service that he did not use the word “faggot” in a “hateful sense.” The candidate said that term was used to show that the congressman questioning Trump was “obnoxious” and “kind of being a jerk.”

“It’s hard for me to get exercised over naughty words,” he explained. “You can insult somebody without being hateful.”

Busiek, who opposes same-sex marriage and adoption rights, said that he was standing up for “anybody who works for a living,” especially those who had “oppressor status” for being white, male and wealthy.

Busiek justified using the gay slur because he believes many young, male, frat boys and members of the military use it in a non-hateful sense.

Tonight .@fox25news at 10 and 11-My interview with @TedBusiek. Why he's NOT sorry for his tweet using gay slur pic.twitter.com/PSvNnmSTlI

The backlash was fast and furious. Mediaite notes:

Among those who pushed back against Busiek was his political opponent, Democratic state Sen. Jamie Eldridge.

“When a candidate for office uses such hateful rhetoric it’s important to stand up to it and not be silent. This is about the fact that in civil society you don’t use hateful rhetoric directed at anyone,” said Eldridge.

Busiek has been unswayed, however, tweeting he doesn’t mind being labeled a “homophobe.”

He also published a lengthy piece defending his use of the word “f*ggot.” Of the objection to the word being used, he writes,

The angle here is that the word “faggot” is offensive to decent sensibilities because it’s a derogatory slang term for homosexual. That it has an even older slang meaning of “old woman,” or that in modern parlance it’s more often used to mean “obnoxious person” (as was obviously the sense in which I meant it), were entirely immaterial. Neither etymology nor present day reality are relevant to the new lexicography of the neo-Puritan Social Justice Warriors.

The whole thing presents an interesting question: Can a word that makes one segment of the population uncomfortable but is in common usage by another segment be “culturally verified” as unspeakable if the segment that doesn’t like it demonstrates a loud enough consensus on the matter? From what I can tell, the attempt to police this word out of public utterance has been going on since at least 2011, though it’s probably been much longer.

You can read the rest of his post titled “The Case for Coarse Language”, here.