In a new PSA for the Ad Council, John Cena smacks down those who celebrate a currently popular brand of empty patriotism that claims to put country first, but ends up putting love last.

The WWE wrestler and actor asks viewers to picture what they think the ‘average American’ looks like–before proceeding to explain they will most likely miss the truth about what America looks like. As Mashable notes, Cena breaks down the numbers: “Of 319 million U.S. citizens, 51% are female, 54 million are Latino, 27 million are disabled, 9 million are LGBT, 3.5 million are Muslim — and the list goes on through many more statistics about people’s identifiers.”

Whenever Cena discusses a certain minority group in the video, background actors signifying that group enter into the following shot of Cena as he makes his way down a sort of Main Street in what is undoubtedly mean to be a ‘Anytown, USA.’

When Cena discusses LGBT Americans, for example, a pair of gay dads and their daughter appear in the background.

PREVIOUSLY: John Cena Thinks He’ll Get in Trouble For This Gay Kiss in a Closet – WATCH

While the PSA celebrates love beyond labels, Cena suggests that labels should actually be celebrated. He explains,

“We know that labels don’t devalue us, they help define us, keeping us dialed into our cultures and our beliefs in who we are as Americans. After all, what is more American than freedom to celebrate what makes us, us.”

And while labels have their role to help connect us to who we are, love must transcend labels–and so must patriotism, as Cena points out:

“Patriotism shouldn’t just be about pride of country. It should be about love, love beyond age, disability, sexuality, race, religion and any other labels, because the second any of us judge people based on those labels, we’re not really being patriotic are we?”

The PSA is a follow up to the Ad Council’s viral hit from 2015 also titled “Love Has No Labels” that used an X-ray machine to prove that underneath our skin, we are all the same regardless of who we love.

The latest PSA features a diverse cast of background actors and also highlights same-sex couples and a rainbow flag flying on the Main Street where Cena takes his patriotic stroll. 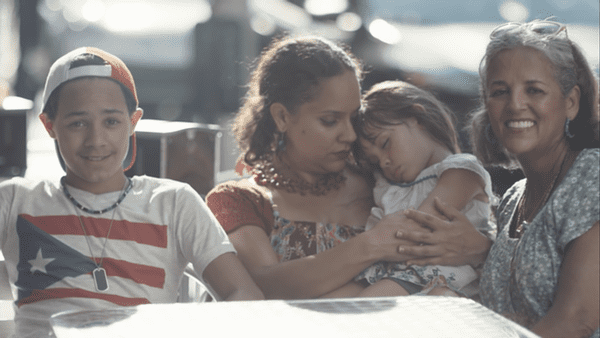 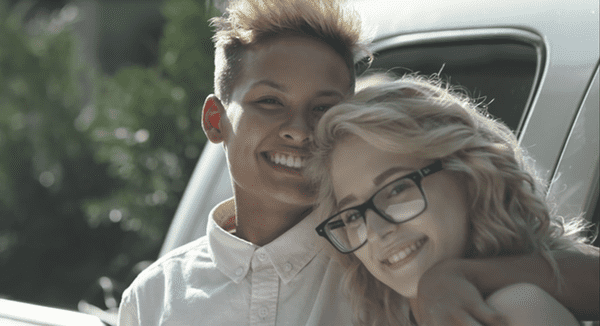