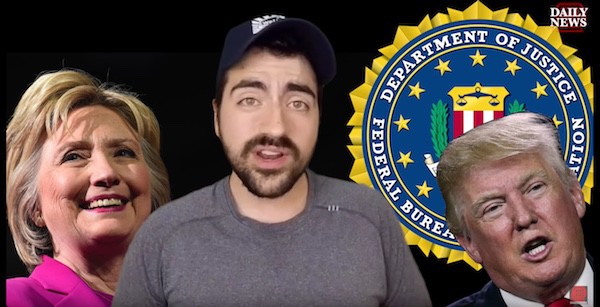 Liberal Redneck Trae Crowder is celebrating the end of the Hillary Clinton email investigation because “it means this bulls**t is not going to be the mechanism through which Donald Trump walks away with the presidency.”

“I think it’s debatable that this even is a double standard because the FBI said that no reasonable prosecutor would pursue criminal charges for this offense but that normal people would be subject to consequences from their employer. Well in this instance Hillary’s employer is basically the voters. She can still face consequences if people choose to not vote for her. But if they don’t, well then, as Jim Bob Duggar said to his wife after about their ninth baby, ‘tough titties sweetheart.'”