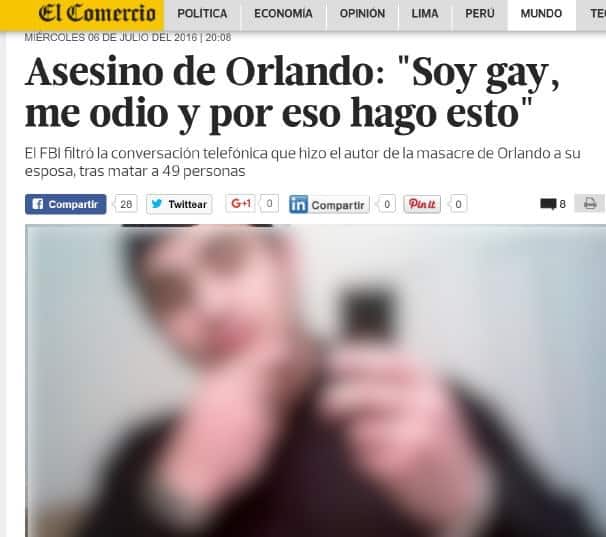 A false story tied to a malware site reported that Orlando shooter Omar Mateen’s last text to his wife before the attack was  “I’m gay. I hate myself, and that’s why I’m doing this” was picked up by Spanish newspaper El Mundo and aggregated by other Spanish-language news outlets, including Uruguay’s El Pais, Peru’s El Comerico, Paraguay.com, and Ecuador’s Expreso, according to web watchdog Snopes.com:

There was no truth to the story, which originated with a malware site that illegally appropriates the trademarks of a legitimate news organization (ABC News) and publishes fictitious clickbait stories to lure readers to the site and generate revenue.

Many people on social media were also fooled by the false circulating headlines.

Federal investigators said in June that they had turned up no evidence that offers validity to earlier reports that the Orlando shooter was gay and that “no conclusions should be drawn” from interviews with people claiming to have interacted with Mateen.