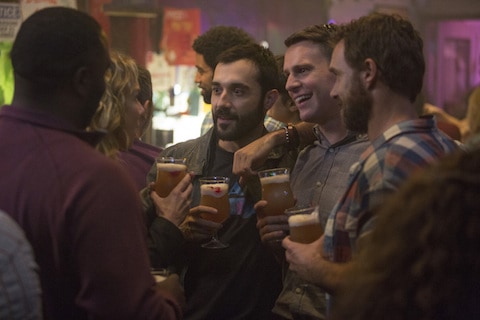 “Is it good to be back?” a cab driver asks Patrick (Jonathan Groff) in the opening of Looking’s wrap-up film, premiering tonight at 10 pm on HBO. If you weren’t already sold on the slow-paced drama, the 90-minute special finale likely won’t make you a convert. But if you were a fan of the first two seasons of the understated, slice-of-life look at a group of gay men in the Bay Area, the answer is yes, it’s very good.

The film picks up nine months after Patrick fled San Francisco and all the messy relationships he left in his wake. His time spent in Denver has done wonders for his career, his maturity, even his haircut. To Groff’s credit, some of Patrick’s most shrill neuroses have been tempered some, and he’s carrying himself with a newfound confidence and assuredness that finally makes Patrick someone you want to root for. 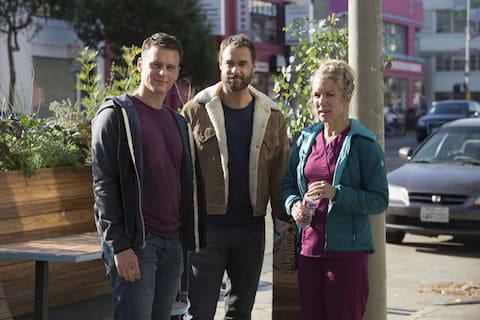 It’s a change that couldn’t come soon enough considering how the film spends its entirety by Patrick’s side. He’s back in town for a wedding and to close a few chapters along the way. While Patrick’s maturity is a welcome change, the focus on him comes at the expense of more time that could’ve been spent with Agustín (Frankie J. Alvarez) and Dom (Murray Bartlett). The former character has come a long way from the acrid artist audiences largely loathed in season one. His growth is probably the most dramatic over the series’ run, and the film uses his scenes to underscore the seismic shift in his worldview (and, by extension, the gay community’s struggle to reconcile its radical roots with more acceptance in mainstream society). 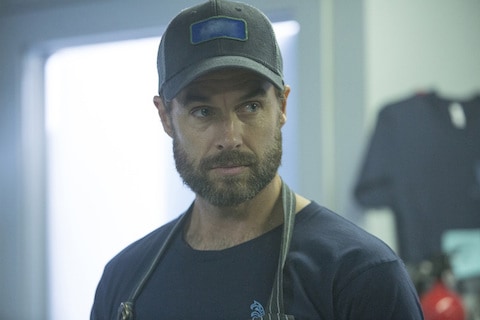 But it’s Dom that seems to make the most with the smaller screen time he has. A brief, but memorable scene between him and Patrick crackles with an intimacy and familiarity between friends that rarely radiates so strongly on screen, especially between two men. The ease with which they relate is a testament to the actors’ natural chemistry, but it’s also a great example of what writer-director Andrew Haigh and series creator Michael Lannan do best.

Looking has always shined brightest when it isolates two characters (think Richie and Patrick’s day playing hooky in “Looking For the Future”). There’s an extra layer of vulnerability and honesty that they’ve nearly perfected. It’s the same quality that made Haigh’s film Weekend so electrifying, and Looking’s wrap-up film is the closest the series has ever come to capturing (or maybe even surpassing) that magic. Perhaps the longer runtime gave those moments more room to breathe, or maybe the sense of finality made it feel like all the ambling, navel-gazing conversations were heading toward some kind of destination. 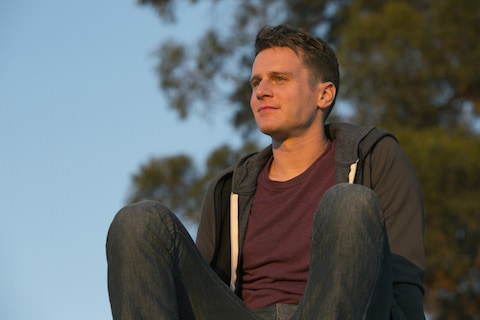 Haigh’s and Lannan’s other strengths are on full display as well. San Francisco is still as gorgeously portrayed as ever, bathed in that romantic, sun-washed haze. Capturing San Francisco’s unique blend of bustling metropolis and wide-open natural wonder is no easy task, but Looking has found a way to accomplish this. A feast for the ears as well as the eyes, Looking’s musical choices have always been killer, and the film is no different. Though the fantastic use of the crescendo in Perfume Genius’ “Hood” is probably the most iconic in the film, even the way John Grant’s “No More Tangles” is playing in Patrick’s earphones expertly reinforces his point of view. It’s a wonder how much effort goes into making this lived-in world feel so effortless.

The artistry on display has rarely been a target for the heaps of criticism the show has weathered. Even in sunny San Francisco, Looking’s final farewell does find time for some shade, addressing some of its more pointed feedback head-on. “Stereotyped, cliché-ridden dross … what the f*ck is the point?” That’s what Patrick says people have been saying about his and Kevin’s gay-themed video game, but it’s also not a far cry from what folks were saying about Looking. 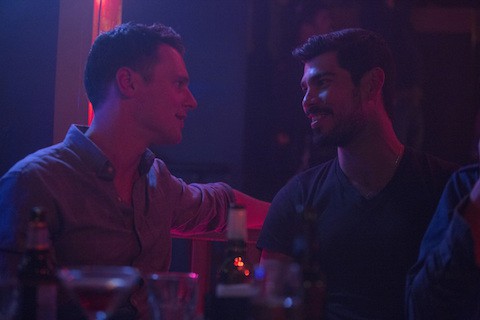 The most pointed response to critics comes via a shouting match between Patrick and Brady (Chris Perfetti), an entitled, whiny, social justice-minded, know-it-all blogger (wow, turns out, it is powerful to see yourself reflected on screen). They’re trading barbs about becoming dull, femmephobia, and “everything wrong with the gay community,“ as if they could solve it in this bar on this one night (or as if anyone could solve it with one TV show). Instead of declaring a victor, the argument ends with Doris (the always fabulous Lauren Weedman) breaking in: ”I love it when gays argue with other gays about being gays.”

Perhaps that’ll be the show’s legacy. It never was going to be the paragon of perfect representation, but it’s a lovingly-crafted piece of dramatic storytelling that had the community asking: When it comes to seeing ourselves on screen, what is it we’re really looking for?