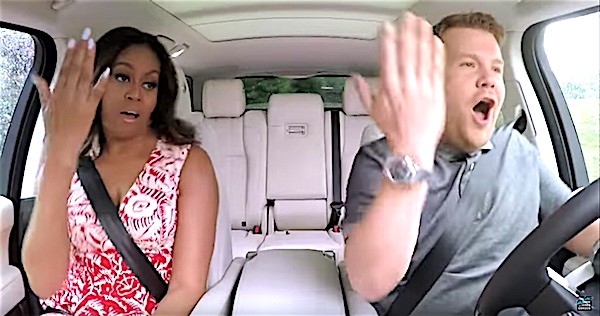 Michelle Obama promises to make headlines again on Wednesday night when she joins James Corden for an epic round of ‘carpool karaoke’. In a preview which hit the web last night, Corden is seen driving up to the White House when FLOTUS jumps in the car.

“I’ve been in a car maybe it was months ago with my daughter who learned to drive,” says Obama. “That was the only time in seven and a half years that I’ve been in the passenger seat rocking out like this.”