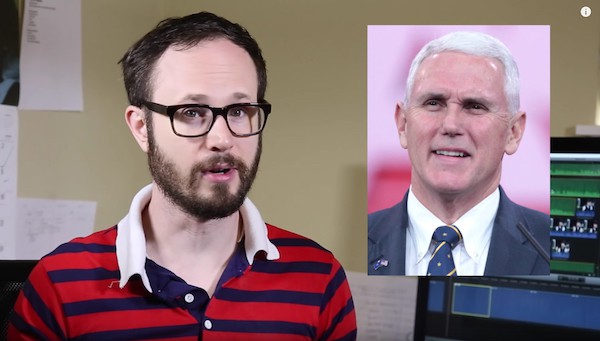 Mike Pence is far more extreme than Donald Trump, and Matt Baume lays out the evidence in a new video that will bring you up to date on all of Pence’s hideous homophobic moments.

His most high-profile anti-gay moment, however, was his signing of Indiana’s anti-LGBT ‘religious freedom’ bill. You may remember that one.

“Mike Pence may look comparatively stable next to Trump. But he’s actually way more extreme when it comes to LGBT issues — here’s just a sampling of some his worst hits. This is the guy who could be second in line to run the country, and that’s a huge problem since Trump’s one of the most impeachment-ready candidates we’ve ever had.”