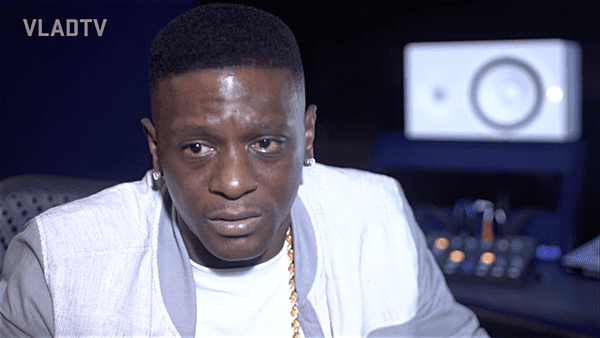 A rapper by the name of Boosie Badazz recently accused TV shows and their producers of trying to “make everybody f**kin’ gay.”

Boosie made the remarks in an interview with VladTV.

“They trying to make everybody f**kin’ gay,” Boosie Badazz said. “That’s what I think. They’re putting it on our culture. They’re putting it everywhere. Gay stuff is everywhere. And I think they just trying to do it to make a monetary gain. They’re not doing it for the gays. They’re not really fans of the gays. They’re doing it for monetary gain, man. They trying to make money off these people, man. You got cartoons that have gays. On cartoons. Like these are kids. Let kids make they own decision if they wanna go that way…You’re forcing them to be gay.”

Boosie later clarified that he has nothing against the gay community, but is more concerned with the effects such shows will have on children. He also shared his belief that in the next 10 years, the gay population will increase dramatically.

“It wasn’t like that when I was coming up,” he said. “The Ninja Turtles wasn’t kissing…If you wanna be gay, that’s your decision. That should be your [decision]. That shouldn’t be put on a child who mind is not developed to think for their self anyway at that age. It shouldn’t be put on a child. And it’s gonna show in the world. You’re gonna have–I say in 10 years, you gon’ have damn near half the population gay. Because of what they put on TV. It’s because of how they forcing it.”

Asked how he would react if his son came out as gay he said, “I don’t hate gay people but don’t force it on people to be gay man.” He added, “I would slap his ass back straight” and, “I would kick his ass and maybe he will release he is not gay…But no man, my sons are young but they love women.”

This is not the first time Boosie has blasted the representation of homosexuality on TV. From a report in November of last year:

“Since I’ve came home ever time I turn on the Tv some gay sh*t on,” Boosie Badazz writes [on Instagram] under a caption of a gay couple on VH1. “I try to watch love n hip hop (gay sh*t)tried to watch empire (gay s*t) walked n on a cartoon doing gay sh*t a f***** cartoon kids watch tv I guess next they go have a f****** gay channel for kids saying if U want to be gay watch this tune n smh f*****up world n my eyes ( but everybody don’t agree smh).”