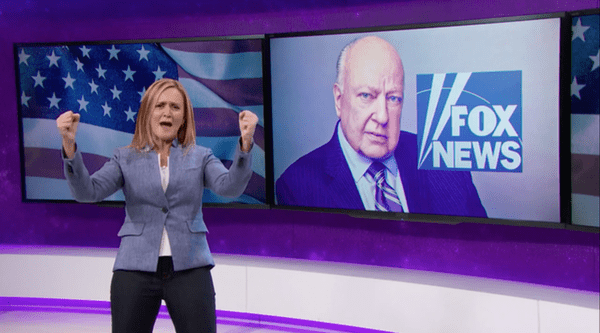 Samantha Bee celebrated the downfall of FOX News chief Roger Ailes, who was forced out of the organization he helped found after being accused of sexual harassment by former anchor Gretchen Carlson and current primetime star Megyn Kelly.

Bee excoriated Ailes for the brand of “news” he created at FOX which relies on fear-mongering and leggy models perched in front of translucent news desks. Bee quipped that Ailes realized that what viewers really wanted was “to be furiously angry while also having a boner.”