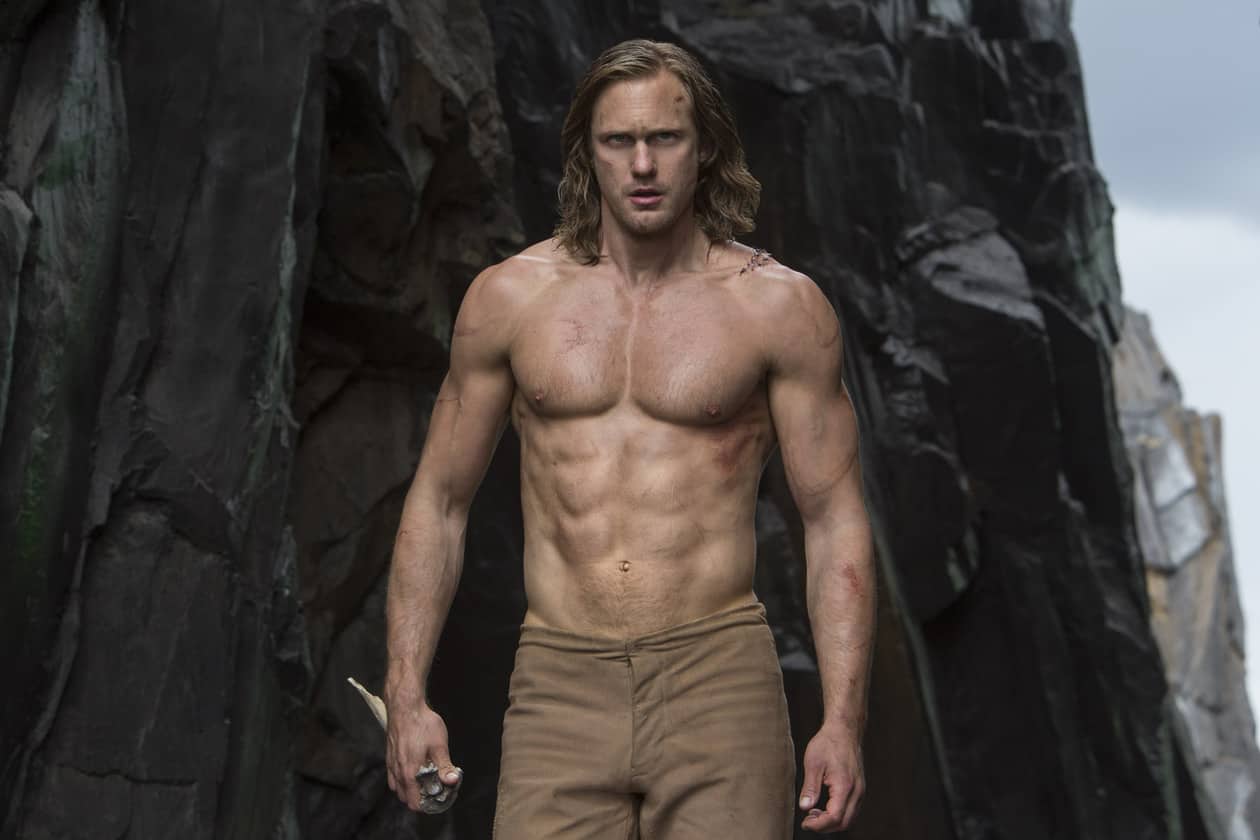 You know that anti-piracy text that sometimes appears on movie screens now post-credits?

“The making and legal distribution of this film supported over X-many thousands of jobs.”

This message kept bothering me the day after seeing The Legend of Tarzan (2016). Yes, piracy is bad but you know what else is terrible? That none of those jobs were for animal trainers! I swear that not a single real animal appears in the new film, which has to be a first for a Tarzan film. And hopefully a last. It’s all computer generated imagery for this jungle adventure. 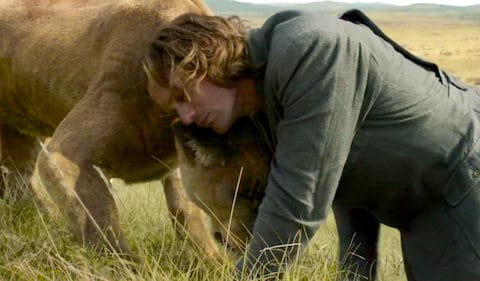 Tarzan was a popular cinema character for an unusually long time. Tarzan’s starred in over 30 official films (as well as several unofficial ones!) stretching from the silents through the mid-60s. Since the 1960s, though, the Lord of the Apes has fallen out of favor, appearing only in in short lived television series or periodic single film attempts to reinterpret or revive the franchise. After 30+ films across 8+ decades, did we really need another film? 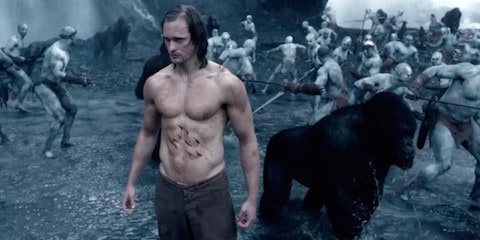 Who doesn’t need half naked Alexander Skarsgård in their lives? It’s impossible to begrudge the entertainment industry’s greatest Nordic god his shot at a blockbuster franchise, especially since Marvel Studios passed him over for the Nordic God role he was surely born to play.

Skarsgård is, unsurprisingly, the chief and best reason to see The Legend of Tarzan. As with his seductive vampire on True Blood, he has the rare gift of being supremely unembarrassed about not quite respectable material. He attacks it with both earnestness and sly verve making the material accessible and resonant; he never quite plays up the camp factor but he’s always nodding to our entertainment. 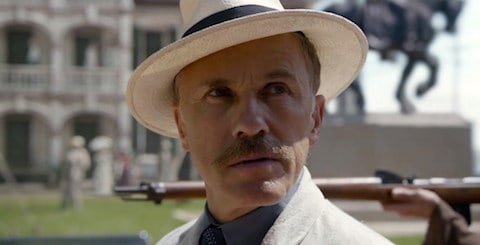 Tarzan’s new adventure begins years after he and his wife Jane have left Africa and returned to claim his birthright as Lord Greystoke in England. The couple returns to Africa for what they think is a diplomatic intervention but the situation quickly sours and Lord Greystoke ditches the suits and Tarzan is spurred into action.

Stripping is to Tarzan as phone booths are to Superman. Tarzan plots always go this way, being thinly veiled excuses to get that jungle man swinging on vines rescuing his wife from immediate danger and/or saving Africans from political or militaristic threats. Beyond the Tarzan casting and the plot, which is well thought out enough, this attempt to revive a long dormant franchise, is severely lacking in inspiration. 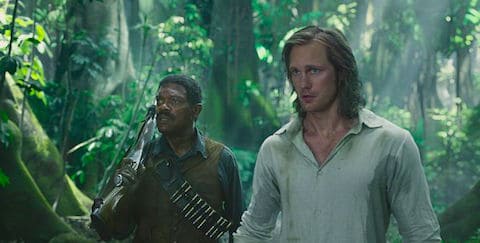 Casting Hollywood’s most ubiquitous franchise fixture Samuel L Jackson as an American sidekick who helps Tarzan see what’s really happening politically doesn’t help to differentiate the film from any other movie designed for sequels (Jackson’s in all of ’em!). Casting Hollywood’s favorite caricature of a sophisticated European villain Christoph Waltz as a Sophisticated European Villain is another clue that the producers had no idea how to deliver anything new to audiences that are drowning in generic franchise options. 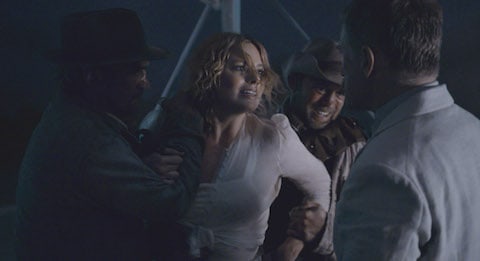 Margot Robbie, Hollywood’s current “it” girl, fares well as Tarzan’s wife Jane but her charisma is doing all the work. The screenplay is far more hesitant about her character. The dialogue often reminds us that Jane is a formidable unfragile woman. She reacts violently to the suggestion that she’s a damsel in distress in one key scene. But it’s all lip service rather than deeply felt confidence in strong women since her entire function in this plot IS to be a damsel in distress. She’s in chains for most of the movie. 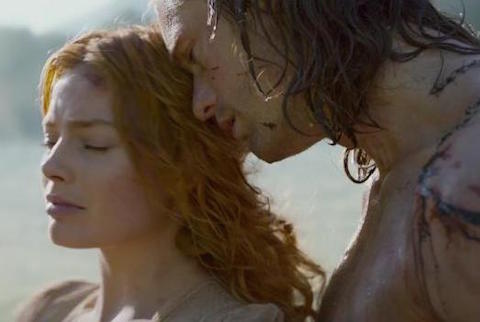 It is perhaps too late in the review to admit this but I have a long history with Tarzan. While I wouldn’t call myself an ‘expert’ on the Lord of the Apes, I’m also not not well versed. Tarzan has been out of fashion for many years but I’ve never cared which decade a movie came from when I was watching it. I’ve loved Tarzan ever since I was a little boy who had no idea why he loved watching a grown muscular man running around in only a loincloth for a whole movie.

Yes, yes, Tarzan as a construct is a horribly racist and outdated colonial fantasy. All your favorites are problematic! But Tarzan as a character is also a curiously valuable window into changing values, gender politics, and entertainment styles since the films stretch across so many decades. What’s more Tarzan has provided multiple generations of audiences with the joy of gawking at hot shirtless men while living out safari fantasies of seeing the scary, funny, and sometimes awesome sight of wild animals in their natural habitats.

It’s this last piece of entertainment value that the new film forgets. All the animals in the new Tarzan film are computer-generated which makes this new would be blockbuster feel not unlike a cartoon. Which is a shame because if you want to stand out from the crowd in the visual fx heavy summer, any sharp dose of reality… like, say, the rare sight of real fur, authentic scales, or bonafide fangs might have just done it! We already had an animated Tarzan (1999) with a Phil Collins theme song. Did we need a second animated Tarzan with a Hozier song?