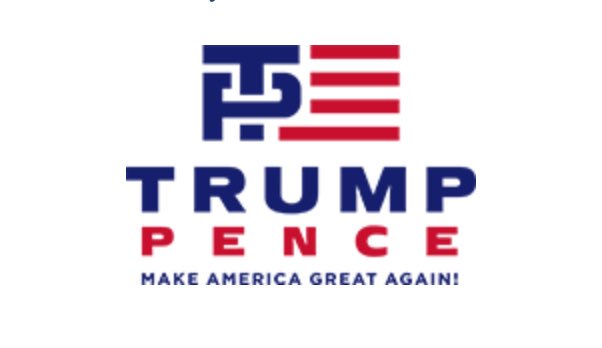 To be blunt, the logo appears as if Trump’s “T” is penetrating the hole in Pence’s “P.”

An email sent by the presumptive Republican nominee’s Make America Great Again Committee, the joint fundraising committee between the campaign and the Republican National Committee, features the new insignia: An interlocking blue T and P (for Trump and Pence), with the T going through the white space in the P. To the left are four red stripes and three white stripes, imitating the American flag

Below the logo is Trump’s name, in its usual font and blue color, and Pence’s name below in slightly smaller type, and in red.

Twitter quickly took to mercilessly mocking the logo after it was released.

What is the T doing to that P? https://t.co/tDvYm2QJYi

who knew two letters could look so suggestive https://t.co/cXcv7RMsne

.@realDonaldTrump This took me 5 minutes. Your graphic designers are somehow more incompetent than you. pic.twitter.com/7inPMN4iUF

Others pointed out that Trump’s new logo managed to actually be worse than Hillary Clinton’s campaign logo, which was also derided after it was unveiled last year.

Difficult to do worse than an H with an arrow sticking out of it, and yet here we are. pic.twitter.com/yrABfBf80I

Some were generous in their description of the logo.

The new logo began to trend in Twitter’s “Moments” on Friday.

Breaking the mattress of America. pic.twitter.com/M4Cq62YS2c