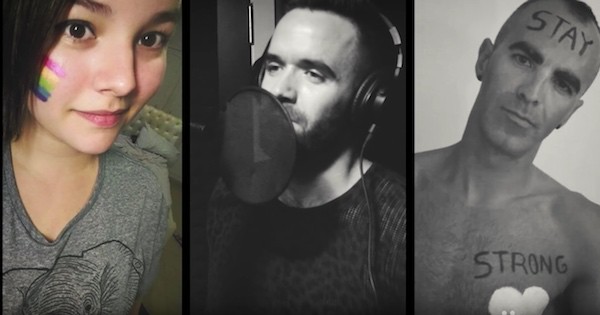 America’s Got Talent star Brian Justin Crum has released his cover of Demi Lovato’s “Skyscraper” in an anti-bullying video in collaboration with Moovz social network.

RELATED: This Gay Man Just Gave the Performance of the Season on ‘America’s Got Talent’: WATCH

Lovato told Glamour magazine in 2011 that she had written “Skyscraper” in defiance of her bullies: “It’s to every person who tried to bring me down. Everyone has the bully or the mean girl or the ex-boyfriend who tried to bring them down.”

Watch and listen to Crum’s version, below: