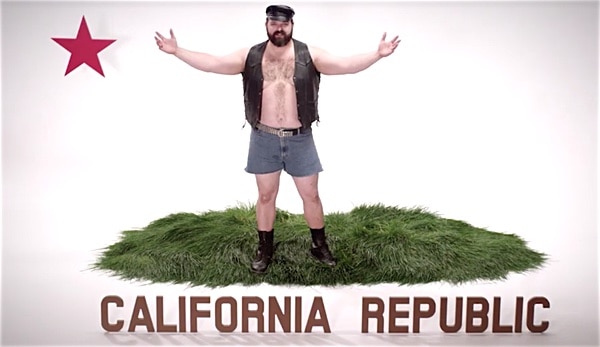 The grizzly bear is on the California Flag even though the last grizzly bear to inhabit California was killed in 1924. The Center for biological Diversity is making a push to reintroduce the species in the Sierra Nevada Mountains.

To create some awareness around their campaign they posted a video featuring another kind of bear – a gay one – petioning for himself to be put on the flag.