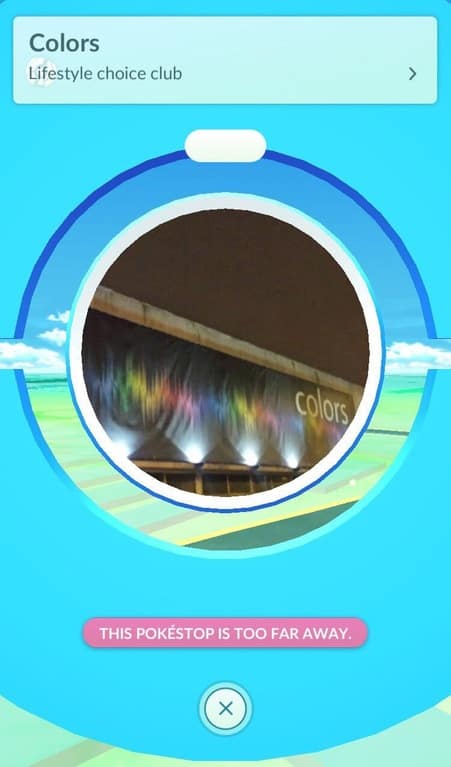 A user on Reddit posted a screenshot to the Gaybros subreddit noting that a gay club in his area was labeled with a name that implies that being gay is a “lifestyle choice.”

“WTF? Pokemon Go is listing a nearby gay club as a ‘lifestyle choice club’.” the user said.

Other Redditors explained that place names were labeled by users of a pre-Pokemon game also made by the software company Niantic, called Ingress and suggested submitting a report to the company.

Other users thought the label was tongue-in-cheek, though there’s no real way of determining that.

“Well, Pokémon GO is a lifestyle choice…,” added another.