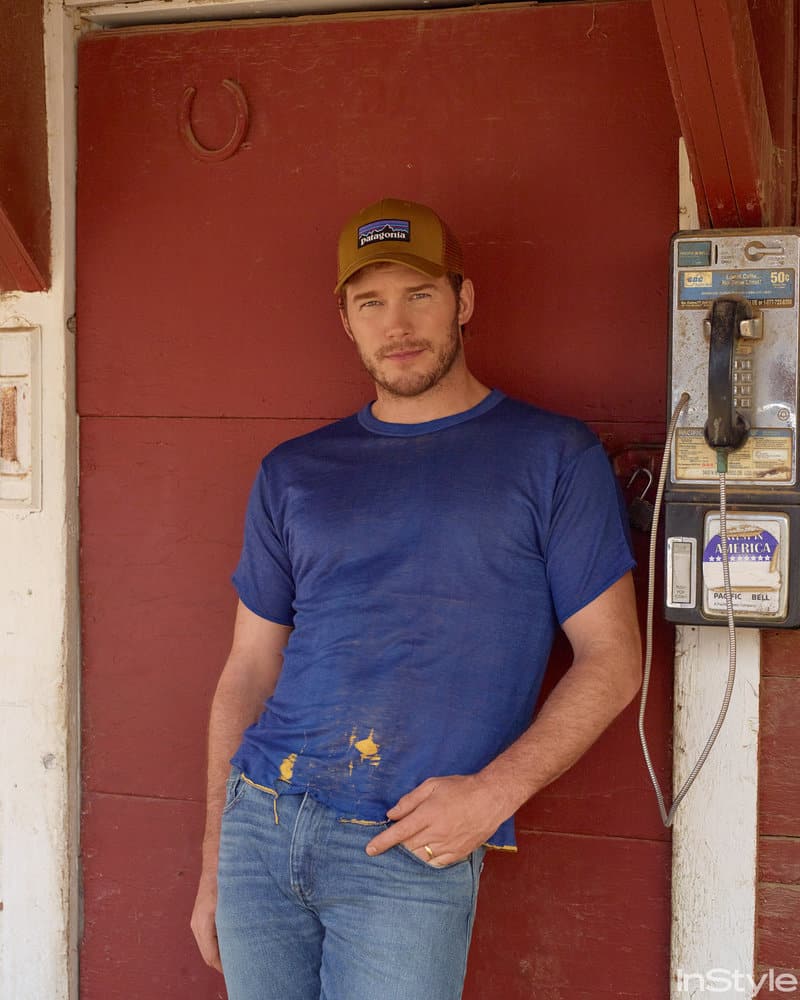 Chris Pratt is interviewed in the new issue of InStyle magazine, and with the interview come a set of photos of Pratt modeling the latest fall fashions.

To promote the interview, Pratt has been featuring selections from the article on his Instagram account, annotated with hysterical “what I was thinking” captions.

Writes Pratt beside one of the photos:

“I mostly like T shirts with American flags on them. Usually I go for the one on the top of the “shirt pile” but I want to promote this nice magazine called In Style Magazine because everyone who was there that hot day we were doing the photo shoot was really nice. They had nice food spread out. And they played good country music. And there were horses all over the place. I feel like I took some pictures with some horses but those didn’t make the magazine. Maybe I accidentally closed my eyes or maybe the horse’s agent threw a Hollywood bitch fit for some reason. The people who picked out the clothes have good style. No doubt. Oh! They even gave me a shirt!!!! Such a nice shirt. Like a flannel shirt but made out of pajamas and the thing cost like $500 or something ridiculous but they just gave it to me!!! So. Anyways. Hopefully this helps them at least sell $500 worth of magazines to make up for that sweet ass shirt.”

Read them all below: