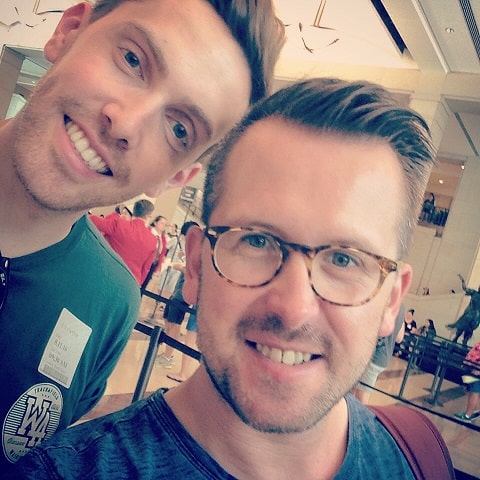 A New York hotel has apologized after UK lawmaker Stewart McDonald was asked by a receptionist if he really wanted to share a bed with his partner.

MP Stewart McDonald (above right) told Buzzfeed that the receptionist at the Hotel Pennsylvania in Manhattan appeared “uncomfortable” when he and his partner were checking in. The receptionist, said McDonald, asked: “Really? Both of you in the same bed?”

In NYC 1 extra night because of JFK shutdown. Checked in to @NYHotelPenn & receptionist questioning why 2 men would want one double bed.

“I told [the receptionist] Gordon was my partner and he then just stood and stared at us for a few seconds, before proceeding to check us in. He was clearly baffled and uncomfortable with the idea of two men, who are in a relationship, sharing a bed.”

McDonald said that the management’s response to his complaint was “very fair. I had a meeting with the guest services manager, who very sincerely apologized and talked me through how he is going to ensure it doesn’t happen again by initiating some training amongst all staff.”

He added that “same-sex couples just shouldn’t have to go through this sort of stuff in 2016.”