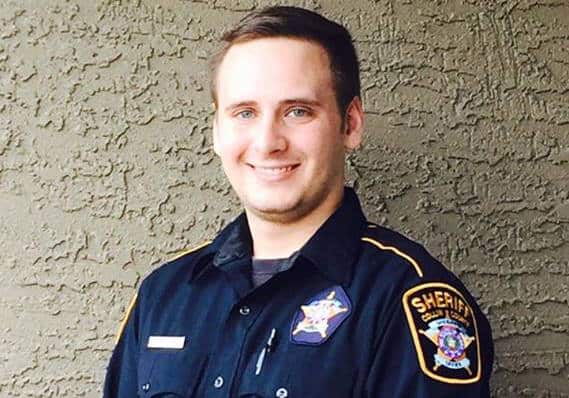 Back in June, we told you about Derek Boyd, a gay corrections officer who sued Collin County, Texas, for alleged discrimination and retaliation based on his sexual orientation.

In his federal lawsuit, Boyd alleged that after he complained about two nurses referring to inmates as “faggots,” the sheriff’s department began to “egregiously harass” him. Rather than take his complaint seriously, jail officials pursued investigations against Boyd, and other officers would no longer even respond to his radio calls.

Now, Boyd says the county ultimately fired him in retaliation for the lawsuit, which he’s temporarily withdrawn while the U.S. Equal Employment Opportunity Commission investigates his original complaint. He also says the county is fighting his unemployment claim, leaving him unable to afford groceries, rent and his car payment.

“What they did was not right, what they’re continuing to do is not right, and I know they’re just going to do it to somebody else because they got away with it,” Boyd told The Texas Observer.

County officials, meanwhile, maintain that Boyd resigned and was not fired — even though he received a letter from their health insurance provider saying he’d been terminated.

Boyd told the Observer the retaliation continued after he filed the lawsuit, when he was assigned to an undesirable position in a control room known as “the glass box,” cut off from other employees.

Fearing that he won’t be able to get another law enforcement job in Texas, Boyd has launched a GoFundMe page to help make ends meet while he awaits the results of the EEOC investigation.

“I was terminated on June 30, 2016 because of my sexual orientation and also because I made the complaint of discrimination,” Boyd wrote on the GoFundMe page. “I have since been fighting with them trying to get unemployment which has been a constant fight because they dont feel they should have to pay since gay employment discrimination is legal in the state of Texas. I urge you to stand with me and fight this as this law has to be changed and there must be protections for everybody in Texas.”

Previous Post: « Fur Will Fly in ‘Where The Bears Are’ Season 5 – TRAILER
Next Post: Chicago Fire Soccer Team Shuts Down Anti-Gay Chants »