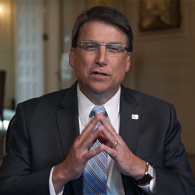 THIS WEEKEND. Taylor Swift will not be at the VMAs this Sunday. Also, apparently she wasn’t nominated for any awards because she didn’t submit herself for any.

HILLARY FOR AMERICA. Rufus Wainwright and Barbra Streisand perform at Gala for Hillary. Laverne Cox will also be in attendance.

BURY THE LEAD. Among all the Britney hoopla this week, Ms. Spears announced that she doesn’t believe in marriage anymore and never wants to be married again.

A post shared by Hot Dudes With Dogs™ Official (@hotdudeswithdogs)

MINNESOTA. The state GOP forgot to put Donald Trump on the ballot for November. Freudian slip? It’s apparently been fixed: “A spokesman for the Secretary of State’s office says the filing to put Trump’s name on the ballot is now complete and the Republican ticket should be listed on their website shortly.” 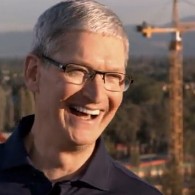 CAMPAIGN CONTRIBUTIONS. Tim Cook gave money to Republicans, including Paul Ryan: “Apple CEO Tim Cook and eight of the company’s top executives donated a combined $45,900 in June to a PAC that helps elect Republicans to Congress, according to records filed with the Federal Election Commission. While contributions to both Republican and Democratic leaders are commonplace among corporate figures, it illustrates a particular paradox for Apple executives, whose company boasts LGBT-friendly ideas while top employees also help finance a business-friendly political party that is adversarial to LGBT rights.”

DREW PINKSY. HLN has fired the TV doctor after making (baseless) speculations about Hillary Clinton’s health, furthering Breitbart conspiracy theories: “It was Pinksy’s second foray into the subject of Hillary Clinton’s health, and the first one ended badly, as well. In January, he made reference on-air to Clinton’s late return to the stage in a debate and cited a Breitbart News story, attributed to a “strong source,” suggesting that it was due to “a flare-up of problems from” a “brain injury.” In fact, she had only visited the restroom.”

MEDS. Is ‘party drug’ Ketamine the new Prozac? “In some cases, it has been shown to act more quickly than many standard antidepressant drugs. The drug is thought to trigger processes in the brain, developing new connections and alleviating depression symptoms, faster than other treatments.”

NEO-CONS. Once known as the ‘architect of the Iraq war’, former George W. Bush advisor Paul Wolfowitz says he’ll vote for Hillary: “I wish there was a candidate whom I could support enthusiastically. I will have to vote for Hillary Clinton, although I have serious reservations about her.”

MOVIES. Photos released from live-action remake of Beauty and the Beast.

IRELAND. Catholic Church leaders have crisis meeting about use of Grindr among seminarians: “The Catholic Archbishop of Dublin said allegations included ‘a homosexual, a gay culture, that students have been using an app called Grindr’ which he said ‘would be fostering promiscuous sexuality.'”

Previous Post: « Grindr Reveals Who Used the App Most During the Rio Olympics—And No One Was Outed
Next Post: Doctor Says He Wrote Letter Praising Trump’s Health in 5 Minutes as Campaign Limo Waited Outside: WATCH »