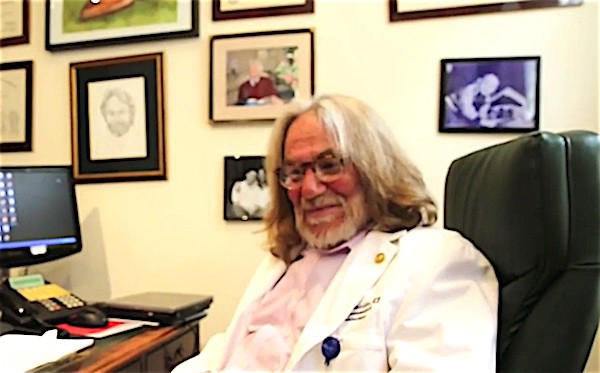 Donald Trump’s doctor Harold Bornstein told NBC News that he wrote a letter predicting Trump would be the  “healthiest individual ever elected to the presidency” in 5 minutes as Trump’s campaign limo waited outside.

Bornstein said that after he was asked to write the letter, he thought about what he would say all day but did not type it out until the last minute as a black car sent by Trump waited to collect it. He said he didn’t even proofread it.

The doctor said he would not normally use such over-the-top language in a letter for a patient but he made an exception for Trump — who just two weeks before had tweeted that the doctor’s assessment would show “perfection.”

“I think I picked up his kind of language and then just interpreted it to my own,” Bornstein said.