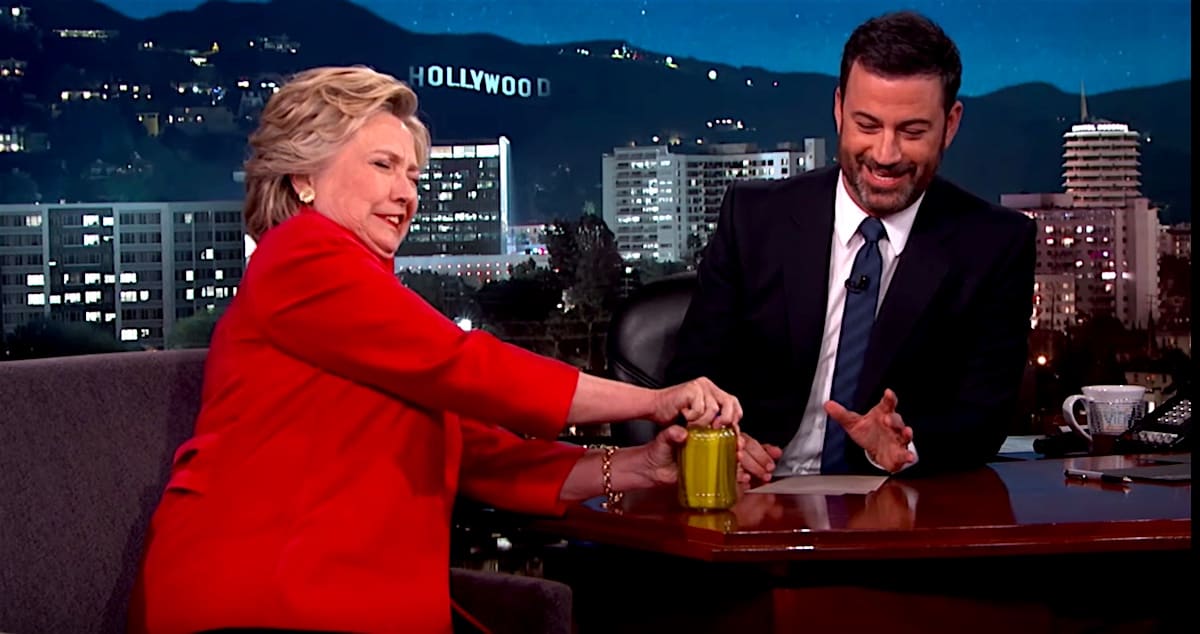 Hillary Clinton made an appearance last night on Jimmy Kimmel Live and offered some answers to the pressing questions of the campaign, and some of the not so pressing ones.

Donald Trump has said some crazy things about her, most recently that she, with Barack Obama, is the co-founder of ISIS.

Said Clinton about that statement: “There’s enough evidence now that when Trump talks the way he talks it actually helps the terrorists because they make a case – as they made with this comment – I think it’s crazy and I also think it’s harmful.”

“You’ve gotta be prepared for wacky stuff that comes at you,” she said. “I am drawing on my experience in elementary school.”

Kimmel asked the former Secretary of State: “How great would it be if you were President, if your first act was to deport Donald Trump to Mexico? Would you prefer to be running against somebody like Mitt Romney?”

Clinton replied that she would prefer to be running against somebody who is qualified to be running. She also spoke about the Republican endorsements she has received and which made her the most proud:

Said Clinton: “It’s not an easy thing for them and I realize they’re putting country before party. That’s what they say to me. And that’s what we all should be doing.”

Clinton talked about her health. She doesn’t understand why they are talking about this. She is in great health.

And she can open a jar of pickles.

Clinton and Kimmel spoke a bit about the recent Democratic National Convention. Clinton told Kimmel she doesn’t look at her family’s speeches about her before they are delivered:

Clinton had to select Donald Trump quotes from a bowl decorated with a Trump toupee and read them aloud. 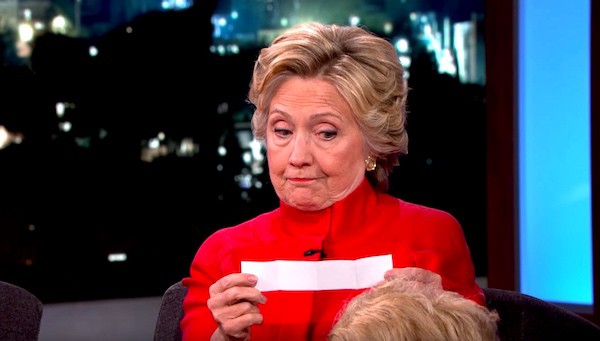 But there was one she absolutely refused to read.

On the DNC balloon drop and Bill Clinton’s love of balloons:

Clinton enjoys being a grandparent. She uses Facetime a lot:

Finally, Kimmel asked Clinton about why she chose Tim Kaine and the viability of a Jimmy Kimmel vice presidency: