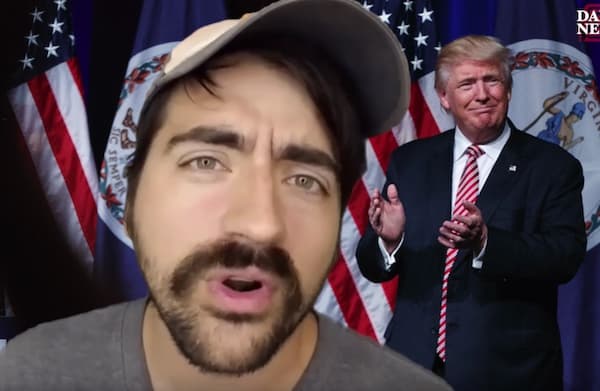 Liberal Redneck Trae Crowder is back with a few thoughts on Donald Trump, sexual harassment, his sons, and Trump’s attack on the Khan family.

And the Liberal Redneck is mad!

Says Crowder in the new clip:

“When the soldier’s family the Khans criticized him at the DNC and said, among other things, that he had never sacrificed anything, he responded with, ‘of course I have, I’m a businessman. I’ve sacrificed plenty. I’ve created thousands of jobs.’ What?? That’s like telling a woman who has had a double mastectomy that you feel her pain because you almost bought into the Hooters franchise once. At best, it’s tangentially related and you’re a tone-deaf piece of s**t.”

Previous Post: « Rush Limbaugh Thinks Melania’s Girl-On-Girl Shots Will ‘Wrap Up’ the LGBT Vote for Donald Trump
Next Post: Melania Trump May Have Been Illegal Immigrant When She First Worked in US: Experts »