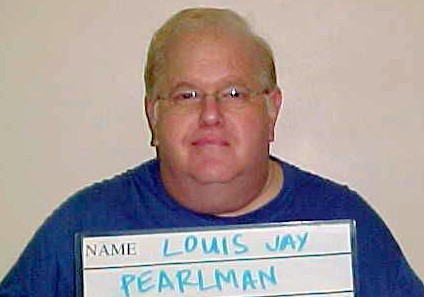 Former boy band mogul Lou Perlman, who spawned the careers of late 90s/early aughts pop phenoms such as N*SYNC, The Backstreet Boys, O-Town, and LFO, has died in prison. Pearlman was 62, serving a 25 year sentence for orchestrating a $300 million ponzi scheme. 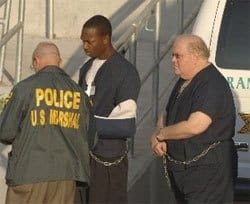 Pearlman was sentenced back in 2008 after defrauding banks and investors–some of whom were his friends and elderly–of millions of dollars over a period of two decades.

Pearlman was nabbed on a single bank fraud charge while living under a pseudonym in Indonesia, where local authorities expelled the music producer as “an undesirable visitor” and handed him over to the FBI.

He was sentenced in 2008 to 25 years in a federal prison after pleading guilty to conspiracy and money laundering charges related to the multi-million fraud scheme.

Pearlman, who garnered the nickname “Big Poppa,” targets included several elderly victims — some of whom were his friends and relatives.

It’s unclear which prison was housing Pearlman when he died.

Former N*SYNC member Lance Bass responded to the news on Twitter, writing, “Word is that #LouPearlman has passed away. He might not have been a stand up businessman , but I wouldn’t be doing what I love today wout his influence. RIP Lou”

I hope he found some peace. God bless and RIP, Lou Pearlman.

Backstreet Boy member AJ McLean meanwhile said, “Many emotions at the news of Lou’s passing. Without Lou I wouldn’t have met my four brothers or had the opportunity of a lifetime. RIP.”

Many emotions at the news of Lou's passing. Without Lou I wouldn't have met my four brothers or had the opportunity of a lifetime. RIP.

As Matthew Rettenmund over at Boy Culture notes, it was widely rumored throughout Pearlman’s career that he made advances towards the young male pop-star wannabes whose careers he was guiding. Though he himself was not openly gay. Of Pearlman’s sexuality, Rettenmund writes,

Lou obviously loved being around hot young guys, but never copped to being gay. At a mall promo in Orlando, he sidled up to me one time discreetly to offer me access to a Chippendales show (he was an owner at the time). It was a kind gesture, since he knew I was gay, but also surreal because he was saying the words as if he himself were not.

In my opinion—and others knew him way better—he was not someone who had a bunch of secret gay friends around whom he would let down his hair, like closeted Hollywood stars; rather, he seemed to be someone who was pathologically in denial, but whose urges would come out in private, one-on-one, only when he was in total control.