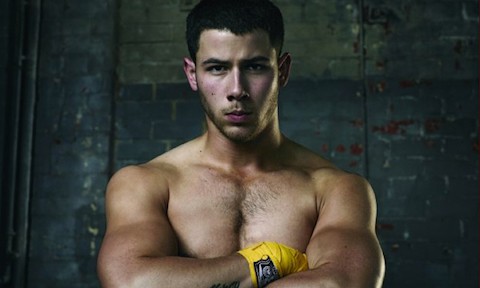 In a new interview with The LA Times, Nick Jonas addresses what he calls “criticism” for having portrayed a gay MMA fighter in the TV series Kingdom.

Jonas sat down with the LAT along with his summer tour partner Demi Lovato to discuss their collaboration.

When the subject turned to LGBT rights, Jonas was asked about his work on Kingdom.

“It’s a tough story to tell, and I think there’s a responsibility as someone representing the LGBT community to do what I can to show support,” said Jonas.

Asked whether its “tricky to represent that community from outside”, Jonas replied, “As a heterosexual male, I’ve gotten some criticism. But you’ve got to block out the noise to hear the change.”

RELATED – Nick Jonas Had a ‘Gay’ Scene in ‘Kingdom’ if Being Drugged and Violated Counts: WATCH

Lovato also spoke about her support for the LGBT community, saying, “I grew up in the South where there’s discrimination, and when I witnessed the judgment around me, I always thought someone needs to stick up for not just the LGBT community but any outsider, anybody that wasn’t the mold in Texas.”

Of her song “Cool for the Summer”, which many interpreted to be about a same-sex affair, Lovato says,

“I had an experience that I wanted to write about. There was no X-Y about it other than, ‘OK, I’m finally singing about sex.’ But it really was just coming from wanting to be more honest with my music, and also maybe giving more insight into why I’m so passionate about the LGBT community.