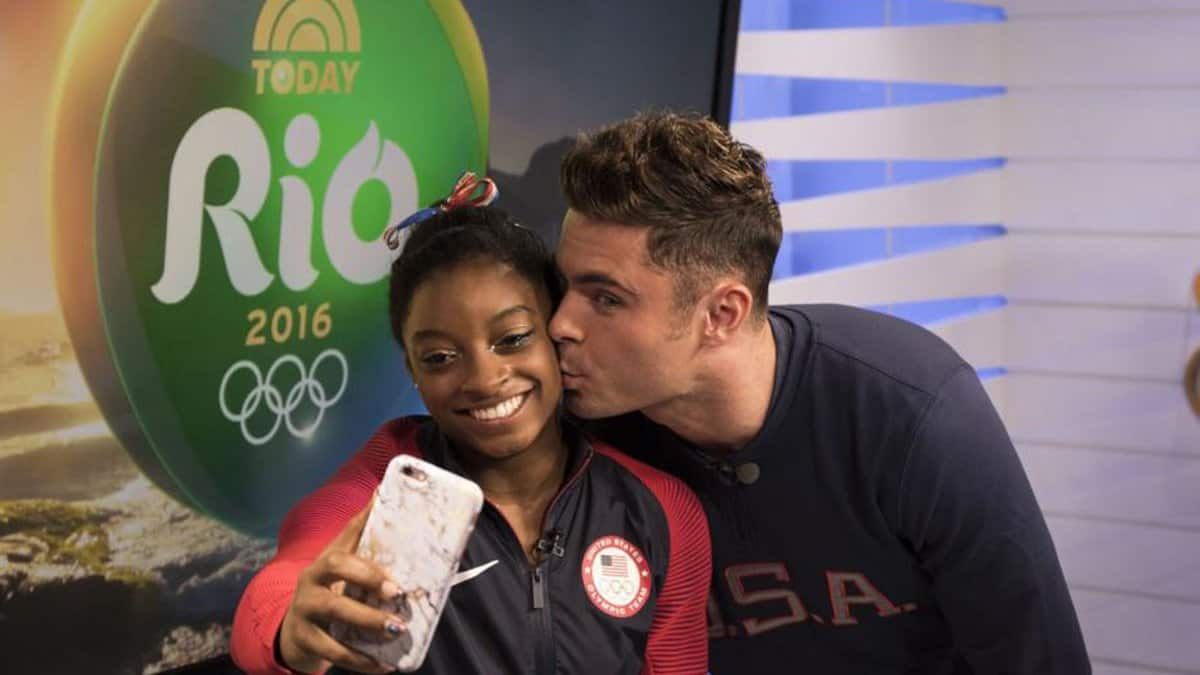 Simon Biles is a Zac Efron super fan. A big one. So when NBC flew Zac down to Rio to congratulate the gold medal-winning gymnast, she just about freaked out, as any Zefron fangirl or boy would.

Oh, and Efron even planted a kiss on Biles’ cheek. And Biles’s reaction–plus that of her teammates which can be heard in the background–is everything.

proof : had to do a retake bc I thought we were taking a picture then he kissed me instead ❤️ pic.twitter.com/rld33V14qe

Sharing both photos and video of the kiss, Biles tweeted, “just call me Mrs. Efron already.”

Biles may have been a bit overwhelmed afterwards, as evidenced by a Snapchat taken by teammate Laurie Hernandez.

Biles also got the chance to give Efron a smooch.

And Efron, putting his Baywatch body to good use, picked Biles up and flexed for the cameras. Sadly, his clothes remained on the entire time.

Watch more video of Biles and Efron meeting, below.