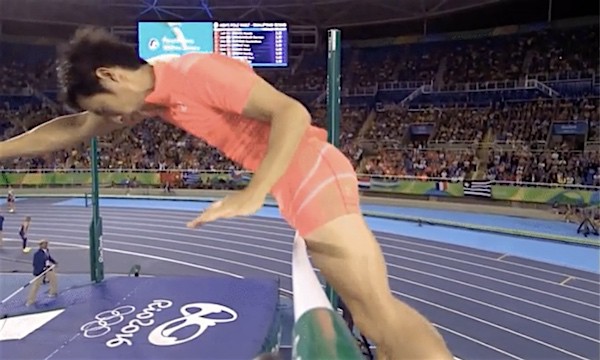 Japanese pole vaulter Hiroki Ogita was trying to qualify in group A of the first round of the pole vault but his Olympic dreams were crushed — literally — when his anatomy got in the way.

Already unsteady, the bar was dislodged from its holdings when Ogita’s old fellow decided to make an appearance and slap the metal. The vaulter’s arm then collected the bar as it began to fall.

Video footage showed the crushing moment the 28-year-old was let down by his trouser friend.

And the gif of his accident has been viewed more than 6 million times as of this posting.

As one imgur reader noted: “Man, I cringe when I do something embarrassing and no one sees. Can’t imagine what you do after billions of people see you rack yourself.”