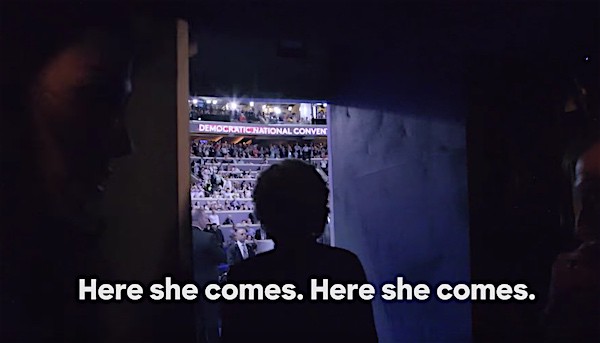 Curious about backstage DNC action? Well, the Clinton campaign has just released a declassified behind-the-scenes look at the Democratic National Convention that reveals glimpses of the hobnobbing that took place.

Also Katy Perry and Orlando Bloom (with their clothes on).

Get ready for some Democratic feels:

Previous Post: « An Amazing Ex-Boyfriend Is Leading the Fight to Bring A Gay Teen’s Killer to Justice
Next Post: Fairfax, Virginia Mayor Arrested for Exchanging Meth for Sex with Men »