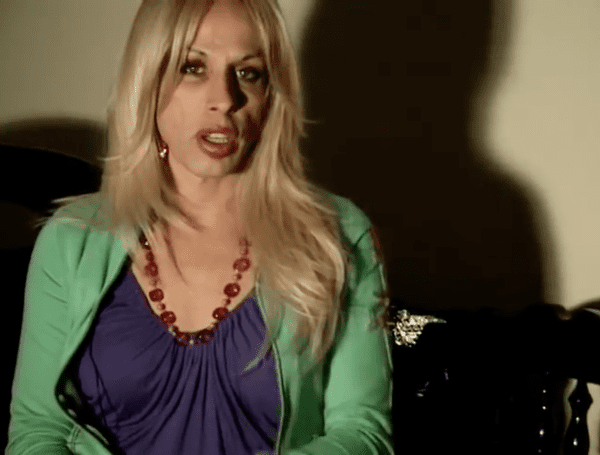 ‘Ms. Arquette was an icon and activist in the trans community and we could not see someone smear her memory the way the selling party was trying to do,’ he said.

‘We acquired the tape and subsequently destroyed all copies of it.

‘We hope people will remember Ms. Arquette for the activist that she was and that her memory will continue to live on.’

According to The Hollywood Reporter, Arquette had long been plagued by health problems as a result of her advancing HIV. She “remained fiercely private about her health struggles and obstinate about seeking treatments, ignoring her friends’ and family’s entreaties to take the life-saving AIDS drugs that were emerging every year.” In her final weeks she developed a liver infection that ended up spreading throughout her body and ultimately leading to her untimely death.

Much confusion existed at the time of Aruqette’s passing over how she self-identified in her final years. Alexis’ brother Richmond Arquette, who shared the news of Alexis’ passing on Facebook, indicated in his announcement that Alexis had identified as male towards the end of her life. He also referred to Alexis using only male pronouns.

A close friend of Alexis’, Sham Ibrahim, seems to confirm this. From about 2013 on, Ibrahim says Arquette outwardly presented as male as her health deteriorated. In her final days, Alexis reportedly told Ibrahim “‘gender is bullshit” and that “putting on a dress doesn’t biologically change anything. Nor does a sex-change.”

She said that ‘sex-reassignment is physically impossible. All you can do is adopt these superficial characteristics but the biology will never change.'” That realization, Ibrahim suspects, was the likely source of her deep wells of emotional torment.

Ibrahim also shared how unsettled Arquette had been in the past by certain inquiries about her transition. This came to a head during the filming of the 2007 documentary Alexis Arquette: She’s My Brother. Said Ibrahim,

“Her whole point was, why do people care what was in her pants? And If you want to get graphic about it, she was very well-endowed and I don’t think she was going to cut that thing off. I don’t think she had any intention to.”

Ibrahim shared a video tribute to Arquette on YouTube following her death, pulling together footage he recorded of the transgender actress from 2004 to 2008.

As for what she imagines death to be like, Arquette said,

“If I was a gambling lady and I wanted to make a bet of what life would be like after death, it’s sort of like a tear in the ocean. They say that energy never goes away, but I don’t know if that’s true.”

Previous Post: « Gay Marriage is Legal in Mexico, but Mexicans are Still Fighting Over Whether it Should Be Allowed
Next Post: ACC Follows NCAA’s Lead and Pulls Championship Games from North Carolina – VIDEO »