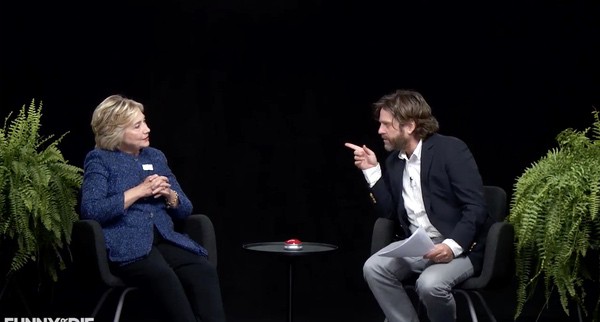 Hillary Clinton sat down with Zach Galifianakis for a new episode of his hilarious talk show Between Two Ferns, which she reportedly taped on the day she was diagnosed with pneumonia. 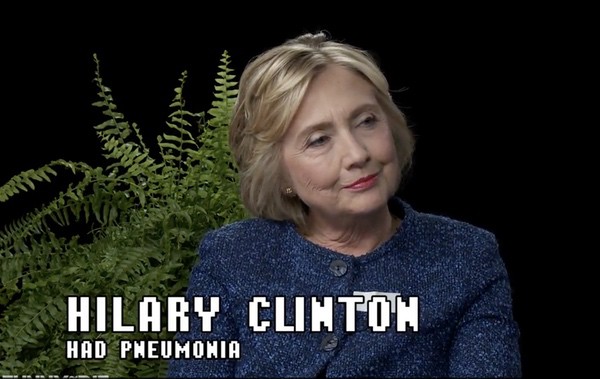 “I really regret doing this,” Clinton says at one point.

Clinton is gloriously deadpan as she receives Galifianakis’ probing, “really out of date” questions throughout the interview.

“Are you excited to be the first girl president?…Not to take away from the historic significance of you perhaps becoming the first female president, but for a younger, younger generation, you will also become their first white president, and that’s pretty neat too.”

“What happens if you become pregnant? Are we gonna be stuck with Tim Kaine for 9 months?”

“When you see how well it works for Donald Trump, do you ever think to yourself, maybe I should be more racist?”

“Have you thought about what you’re going to be wearing at the debates?

Also, Trump’s white power tie, his bowels, and his steaks, which according to Galifianakis, are “a good cut of meat.”

“I think it’s part of the asshole.”